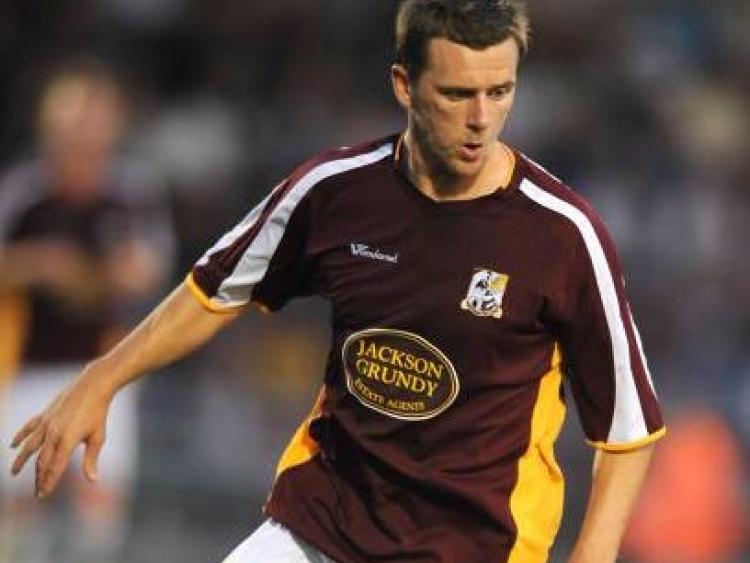 Part One - Growing up and move to Wolves - click here.

As mentioned previously, Colin is one of the only Dundalk men to have ever featured at Wembley. The 2013/14 Conference play-off final afforded him the chance, though it was a losing experience as Gateshead were denied promotion to the Football League courtesy of a 2-1 defeat to Cambridge.

After starting the match on the left-wing, Colin was replaced after 58 minutes.

“It was a very bittersweet experience; the whole day was amazing but the game was so disappointing.

“I was told that I was the only man from Dundalk to ever play at Wembley. I didn’t know whether that was the case, but it was amazing to think and hear that heading to a stadium which I grew up fantasising about.

“I was a young kid like any other who grew up watching Match of the Day. I’d dreamt of playing in England and Wembley is the pinnacle of playing football there so to get the chance to do it was great, but the result wasn’t great and I’m not going to lie, even at my age, there were some tears afterwards because I’d felt that we let all the supporters down.

“We had a guy in the team, James Curtis, who had broken the record for all-time appearances for Gateshead and I felt like we let him down. It was a big thing for him and he didn’t win it.

“But, it’s somewhere where I’m still striving to get back to in the FA Vase with RCA. The last few seasons we have come terribly close to it before falling at one of the closing hurdles and I’m quietly confident that we can do it this year, so don’t be surprised if I get another chance to play at Wembley which would be amazing.”

Described as “the joker in every dressing room he was in”, not getting to play with the Irish senior team is his biggest disappointment. He feels he could have played at a higher level, though through both a lack of luck and consistency, a Premier League or Championship move never materialised despite separate interest from Sheffield United and Wolves.

Speaking on regrets, not looking after his body more in terms of injury rehabilitation was the theme.

“I probably should have looked after myself a little better and I don’t mean in terms of going out drinking or things like that. I was never like that because I became a dad at a young age, I was 20 when my daughter was born, and my focus didn’t leave family and football.

“But I probably didn’t rest up enough when I knew I wasn’t fully right to play or train. That fire inside me always wanted to play and instead of resting for that one more game and being right for the end of the season, I would play on it, make it worse and be out for six-weeks.”

While arrogance or self-propaganda isn’t his style, you get a sense from speaking to Colin that those injuries held him back from truly fulfilling his potential. Still, he enjoyed a rewarding career and one which saw him achieve his boyhood dream of being a professional footballer. His decision to ‘break his mother’s heart’ and move away from home at 16 proved worthwhile.

Before our conversation ended, I put it to him that he was the only one, apart from Staunton, to really make it in England. Again, he stuttered and name-checked a few, but that’s the reality. Out of all the hundreds of lads who went to England, Colin is among an exclusive bunch who remained and made a living from it. And, as the saying goes, ‘do what you love and you’ll never work a day in your life’, he loved every bit of it.