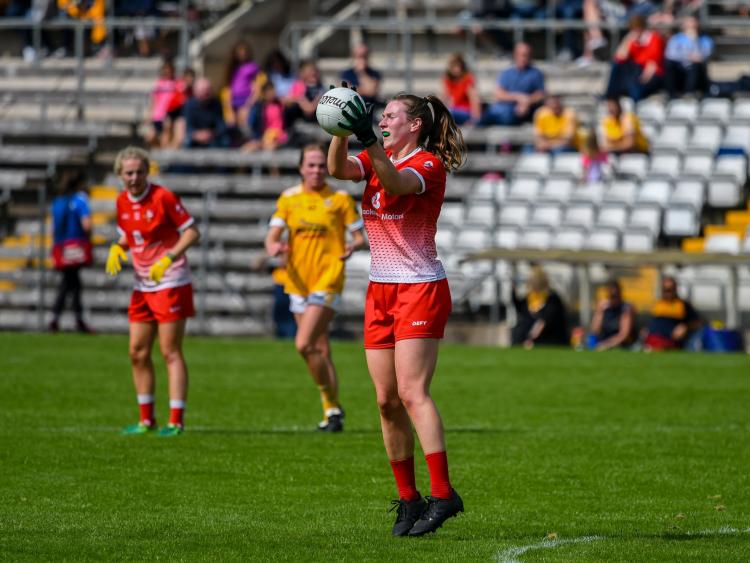 Sarah Quinn never thought she’d be back in a Louth jersey again, never mind preparing to make her second appearance in an All-Ireland junior decider.

Nine years since playing her last game for The Wee County, the 28-year-old, who is now teaching in Dublin, received a call from Louth manager Darren Bishop earlier in the year and she hasn’t looked back, playing a central role in the Reds’ run to a fifth JFC decider in 10 seasons.

Having made her debut in a National League match against Limerick in 2009, what she felt was her final match was versus the same opposition 18 months later, as college commitments began to intensify for the then-teenager.

She would complete her masters’ at UL over 2011 and ’12, not even playing much club football due to a serious knee injury, before travelling to London for a six-month period which developed into three-and-a-half years.

Her move back to Ireland saw her settle with a job and club, Foxrock-Cabinteely, in the capital, where she has enjoyed almost unparalleled success, landing the last two Dublin and Leinster senior titles, while losing 2018’s All-Ireland decider. 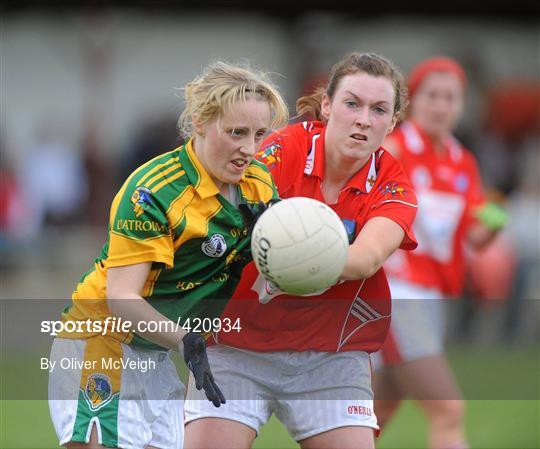 “I probably didn’t think I’d be playing with Louth again,” Quinn tells The Democrat, while making her way down the M1 to training.

“It was a little bit strange coming back in after a number of years away, but it was great to see some of the gang that would have been there when I was playing (in 2010), the likes of Aoife Byrne, Michelle McMahon, Jennifer McGuinness, Una Pearson and Susan Byrne. It was as if I’d never gone.

“Darren got in contact with me early in the year and asked would I be interested and told me all about the set-up. It sounded very good and something I wanted to be a part of, but for me it’s different now because I’m at a different stage of my life. In 2010 I was at college and I suppose I’d a bit more free time than I have now, but it’s been great.

“The girls started training last November after losing the All-Ireland in September, so it’s been a long year, but this is where everyone wants to be, September 15 in Croke Park.”

Quinn, of course, didn’t lick her ability with a football off the ground. Her father, Andy, is a very recognisable figure in relation to Cooley Kickhams, while her mother, Teresa, is a McGuigan and the sister of former Louth and Cooley star Leo.

Sarah’s last game for Kickhams was in 2012, the year of her exile to London where she enjoyed fabulous success with Parnells, winning the World Games’ title at Croke Park in 2016.

That year the English side faced her current club in a challenge and it was after the game where a conversation between herself and Pat Ring, the man at Foxrock’s helm, set in motion her transfer into a club which presently has four Dublin senior players, including Sinead Goldrick.

Not that the move back to Ireland was an altogether easy decision considering the community she was leaving behind in London was so good to her.

“One of the first things I did when I got over there was to look and see what club team was near me. I got in contact with Parnells and a few people there, and they were so welcoming.

“The gang I was friends with and still am friends with, we were very close as a result of playing football, training a couple of times a week, playing at the weekends and meeting up to watch matches on a Sunday.

“Originally I intended to go over to London for six months, but I ended up staying three-and-a-half years and I would definitely put down football as a reason why I stayed longer than I’d initially expected to.”

A tutor of English and music at a school in Blackrock, Quinn’s present schedule exceeds the term hectic, with evenings spent in the car travelling to either club or county training in advance of games at the weekends.

It’s a cycle she’s unsure of repeating in the future, but such is her determination that commitment to both management and teams has been unwavering throughout the campaign.

And, with fortune onside, Sarah will be rewarded in the form of All-Ireland medals, starting on Sunday at Croke Park.