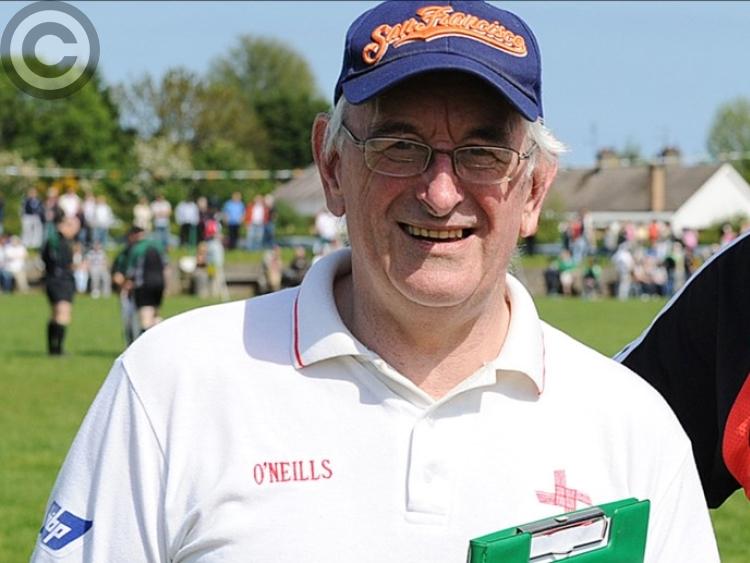 Manager, coach, statistician. Take your pick, Paddy Clarke filled all of those roles in a lifetime in football. He was hugely successful along the sideline, overseeing title-wins in several counties, and when handed the Louth county team reins, had the winning touch there as well.

His ability to eke out victories from the most unlikely of sources didn’t go unnoticed further afield. On his appointment as manager of the Ireland Compromise Rules team in 2000, Brian McEniff was immediately in contact with the Drogheda man, asking him to act as coach for two series. The pair had been involved in coaching courses together, and it proved the perfect fit, one of the series taking the lads and their team to Australia.

As for Paddy Clarke the statistician, there is no-one better qualified than your writer to verify just how meticulous – and, indeed, helpful - he was. Having put in hours of research over the years, he had everything available to him at the touch of a mouse, and it only needed a phone-call to have a query answered.

How many times did so-and-so play for Louth and how many of those games were in the championship? Where was this club team based (it might only have been a couple of years in existence, back when the Association was in its infancy, but he still could answer)? What was the score in this or that Louth championship (or even league) match 20 years ago? What’s Louth teams’ Leinster Club Championship record like?

I mention that last query for a reason. It was only a number of days back that I had reason to seek out Louth teams’ record in the provincial series ahead of Newtown Blues’ match with Éire Óg. It was all there in glorious colour, having been posted by Paddy, who rarely opted for black and white when blue, and red, and green were available. Only once, it said, had a Louth team beaten Carlow opposition. Sadly, that tally hasn’t been added to, Blues failing to capitalise on home advantage in Sunday’s tie.

Though he spent well over 40 years involved in GAA, Paddy first cut his coaching teeth in soccer. He had charge of the Drogheda Youths in the early 1970s, and with his brother Mal involved for one of the victories, twice led his young charges to victory in the U18 FAI Cup. Mal would later play in goals for the Louth U21s in their 1978 Leinster Championship win.

Mattock Rangers were his first club team appointment; and running parallel with part of his stay in Mattock was a two-year stint with Meath minors, taking the young Royals to a Leinster final, in 1975. He was also involved with the Meath seniors in the 70s, and had a year with Monaghan at the same level.

The first of his six senior club championship wins came in 1990, when he guided Kingscourt to victory in Cavan – the Blues went on to reach the Ulster final. The year after that he was on the line for Stabannon Parnells’ win in Louth. Further Wee County success followed with Mattock Rangers winning in 2005; but before then he helped mastermind wins with Castleblayney Faughs in Monaghan, Kilmainhamwood (Meath), and the one that gave him greatest satisfaction, St. Brigid’s, in Dublin.

Working alongside Meath’s All-Ireland winner, Gerry McEntee, he saw the Blanchardstown side advance to win the Leinster title after they had narrowly overcome Louth champions, St. Patrick’s, in the opening round.

And if winning senior titles wasn’t enough, he was on board for intermediate championship wins, in Louth (Stabannon Parnells) and Meath (Kilmainhamwood and St. Colmcille’s).

Don’t for one minute think Paddy Clarke was a mercenary as he moved from county to county. He was firmly in the travel expenses category, once confiding that he was getting less in a county team post than someone who was looking after a Louth club team. Money wasn’t the factor – passion for the game was.

In his four-year stint with the Louth seniors, from 1997 to 2001, he brought his team to four finals, winning the All-Ireland ‘B’ Championship and, best of all, the league’s Division Two title, earning promotion to the top tier. Defeats came in the O’Byrne Cup.

For all he had to offer, Paddy Clarke wasn’t asked to fill the post he’d have been ideally suited to - taking charge of underage and schools’ football in this county. Given his organisational skills, it wouldn’t be hard to imagine him putting the very best structures in place, and having done that, bringing his coaching prowess to bear.

The genial Drogheda man had a long and successful career, plying his trade in a game he loved so well. Sympathy is extended to his wife and family.