The Wee County open their championship campaign on Sunday week 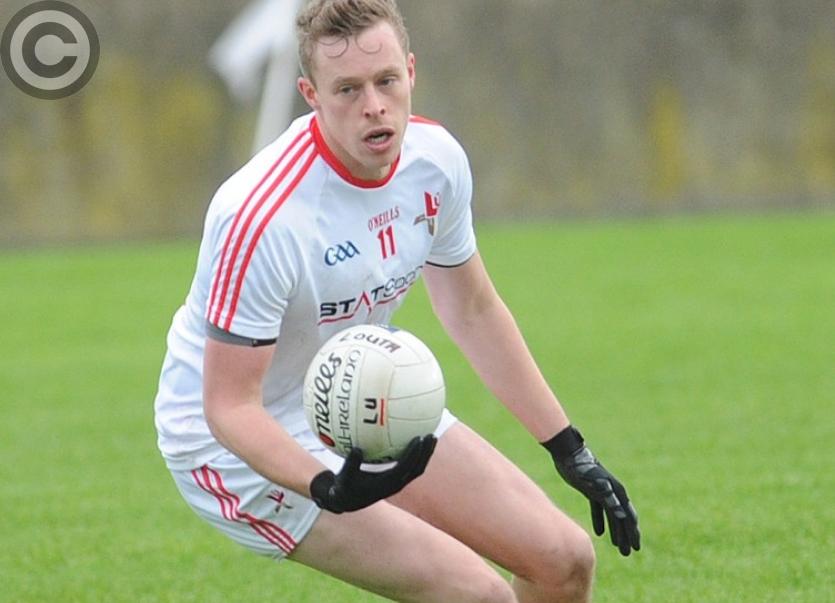 It had been hoped the Geraldines man would recover from surgery on his left shoulder in time for the Portlaoise encounter, however, exactly 12 weeks since having the operation, the surgeon has estimated a July return.

“I won’t be fit for Carlow,” McEneaney told The  Democrat.

“There was hope that I might be (fit for Carlow), but when the surgeon went in there was another tear in the shoulder so I had to get nine anchors put in.

“That’s supposed to mean a five-to-six month recovery time and Carlow is not even three months (since the operation). I still can’t really, to a certain extent, get my hands above my head.”

He is, however, back running and keeping up to speed on some fitness work in the hope that he could return midway through June and well in advance of the club championships.

McEneaney joins John Bingham in being ruled out of the Leinster opener. However, in more positive news, Ryan Burns returned to action with Hunterstown Rovers on Friday night, less than a week after suffering a shin injury. He is now expected to line-out against the Barrowsiders.