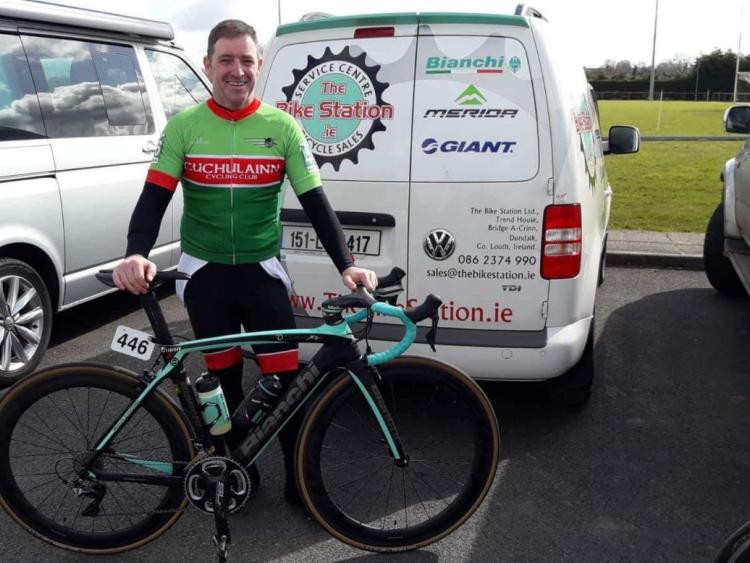 Castlebellingham man and Cuchulainn Cycling Club rider Ray Fedigan claimed victory in round one of the IVCA league on Sunday.

A race which has yielded many Cuchulainn victories over the years, Fedigan negotiated the 100km trek and three race event expertly, overcoming a peloton which included the evergreen Irish Cycling stalwart, Seán Lally.

However, Fedigan kept himself well-positioned throughout until eventually picking the perfect moment to sprint for home. His acceleration took him to the front of the bunch; a position he held until the chequered flag.

Club-mates Dale Copas and Jimmy Flynn also had good races, finishing in the chasing bunch.
Also in action on Sunday, David Holland sprinted home to third place in the "Black" race, in what proved to be a great day for the club.

Meanwhile, on the open racing front, Liam Dolan on Saturday (March 24) travelled to Ards for the 142km Tour of Ards and came home in eighth position.

For the Easter weekend, Liam will be competing in the three-day, four-stage Tour of the North, as part of the Clann Eireann Lurgan Team.