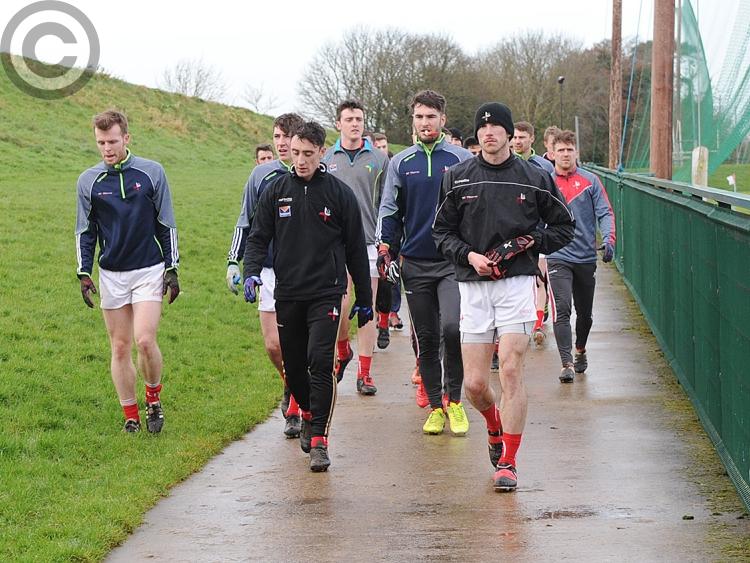 The Louth players before their O'Byrne Cup encounter with Longford at Darver. (Pic: Arthur Kinahan)

Louth manager Pete McGrath has named three National League debutants ahead of Sunday's opener with Down at the Gaelic Grounds.

Newtown Blues' Emmet Carolan gets the nod at full-back where he is joined by fellow rookie James Craven of the Geraldines who has been handed the number four slot.

The other first-time inclusion is Naomh Fionnbarra scoring-machine William Woods. With Declan Byrne expected to filter out from his right-corner forward position in what will be his first competitive appearance of the season, Woods and full-forward Ryan Burns look set to lead the Wee County's attacking cause.

Elsewhere, team captain Andy McDonnell has been paired with Tommy Durnin at midfield, while Bevan Duffy will feature at back. Anthony Williams is named for the first time under McGrath.