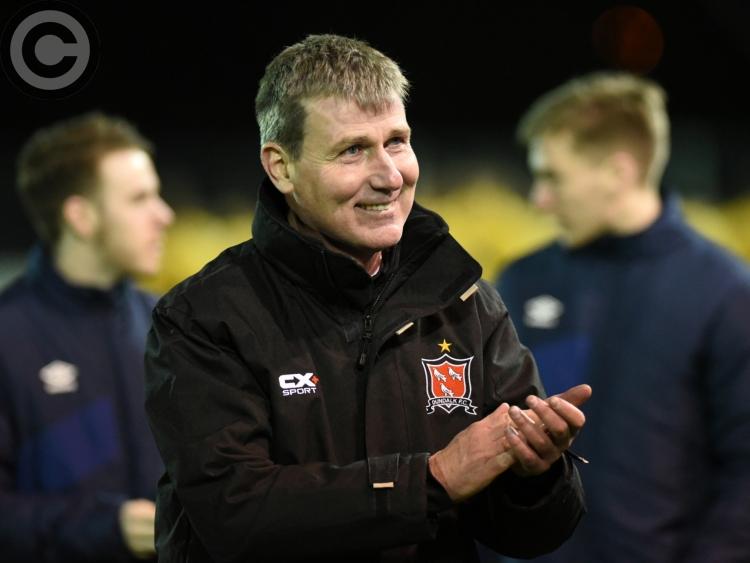 Dundalk FC manager Stephen Kenny is hopeful the club may be in a position to stop losing their best players to certain clubs in the future.

Speaking to The Democrat following the club's takeover announcement, Kenny said that he was hopeful the Lilywhites could prevent losses such as the recent departures of Patrick McEleney and David McMillan in the future.

“Acceptably we're not going to compete with Brighton and Preston and clubs like that when they come in for players,” he said.

“It's difficult to compete at that level, but certainly, our best player (McEleney) leaving for Oldham and our centre-forward (McMillan) leaving for St. Johnstone, maybe in the future we're in a position that we don't lose players to clubs of that size.

“That would be what you'd aspire to, to have that culture and set-up within the club that you can progress,” Kenny added.

The Lilywhites boss also reserved a personal tribute the club's former owners, Andy Connolly and Paul Brown, for their support over his five-seasons at Oriel Park.

“It's been a remarkable period of success over the last number of years and equally determined to push on.

“Paul and Andy, and the chairman at the time, Ciarán Bond, took me to the club and, obviously, they're true supporters of the club and they never interfered in any aspect of team selection or team building or anything like that. They let you get on with your work which, as a manager, is all you can ask really.

“So the challenge now with the new ownership is to try and maintain the levels of success because we have lost a lot of good players over the last number of years.”