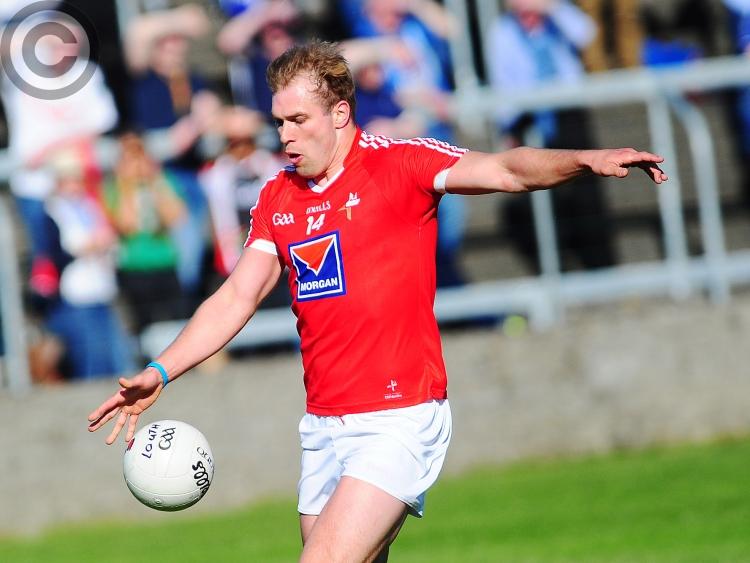 Louth manager Pete McGrath has received a major boost ahead of Sunday week's National League Division Two opener at home to Down following the return to the panel of Conor Grimes.

The Glen Emmets man re-joined the panel for training on Tuesday night and is set to be involved in a challenge match over the weekend, along with Eoghan Lafferty who has also returned to the set-up following a nearly two-year absence.

"I don't know too much about the lad to be honest, but I have heard quite a lot about him and I know players who have played against him who have spoken to me about him.

"He's only back having trained on Tuesday night and he trained well. He's not a fella who is carrying any excess weight, he's an athletic fella and he'll take part at the weekend and we'll then assess him again on Tuesday night and if we think that he, and it's the same for any player, is able to make a contribution against Down, we will include because it's a home game. We have only got three home matches so if there's someone there that could be a contributor then you have to have that person available," he added.

Grimes played a huge role in Louth's Division Four success in 2016 having been a willing target in the full-forward line and McGrath has admitted to liking players of the 23-year-old's physique.

"I don't think there's any sort of formal set of ways of playing," the Mourne man said.

"You have to be prepared to change game-to-game, provided that you're sticking to a number of core principles. But, even though the game has become a more mobile game, strength, mobility and power are still big factors and I always like to have a certain element of those qualities in every line of the field if they're available to me.

"But, if we didn't have a big, physical presence up there then we would just have to play a different style of football. You'd just have to adapt, football is about adapting."