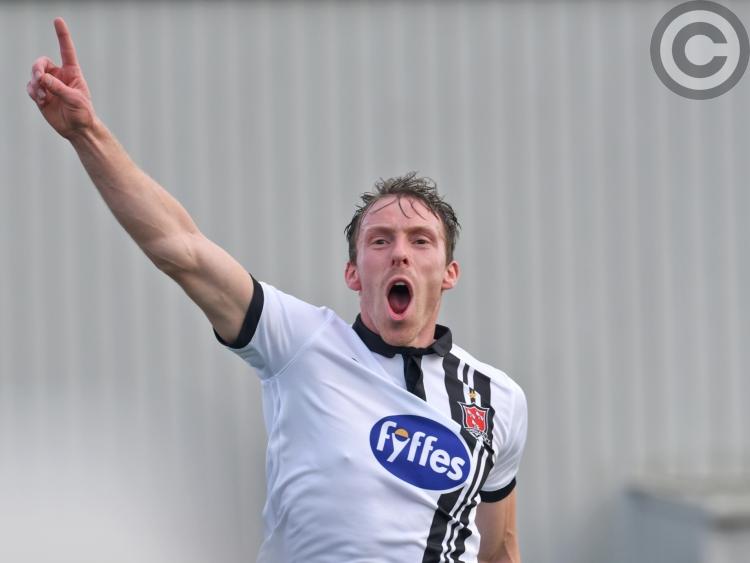 David McMillan's switch to Scottish Premiership side St. Johnstone has been confirmed this afternoon.

The move has long been speculated upon with personal circumstances said to have prevented the deal's conclusion until now.

Having informed manager Stephen Kenny of his intentions to depart Dundalk, McMillan signed on a two-and-a-half-year deal with the MacDiarmid Park side today.

The Scottish side were previously interested in a double swoop for McMillan and team mate Robbie Benson, however, talks with the latter broke down regarding personal terms and he has since re-signed with Dundalk for the coming season.

Speaking last week, Saints manager Tommy Wright said a deal for McMillan was 'nearly there'; an observation which has proven accurate.

McMillan leaves Dundalk after a trophy-laden four-years at the club where he collected three league winners' medals, two EA Sports Cup medals and an FAI Cup, along with playing a key role in the Lilywhites' dramatic European run of 2016. He featured in all 12 games as Kenny's side reached the group stages of the Europa League.

Though excellent throughout his time at Oriel Park, the Dubliner will be best remembered for his two goals in the 3-0 Champions League qualifier win over BATE Borisov in August '16. The brace also helped him become Ireland's all-time top-scorer in European competition.

Speaking on his new signing, Wright told www.perthstjohnstonefc.co.uk: "David’s a player I’ve known for quite some time and I knew he was coming out of contract and felt the time was right to make a move.

“He’s scored all types of goals, left foot, right foot, headers and he’s done it at various levels including European club football so he has experience of a higher level than just League of Ireland.

“He’s a hard worker, a good age and without doubt capable of making the step up.”