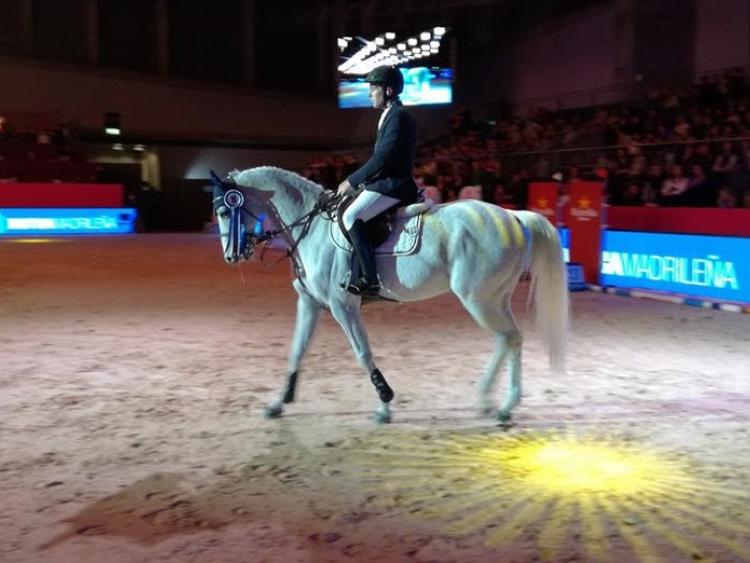 Mark McAuley and Miebello take their place in the prize giving ceremony in Madrid.

McAuley has enjoyed a phenomenal year so far in 2017, playing a key role in Ireland’s Nations Cup campaign and winning the Lyon Grand Prix at the start of November.

He and the Eva Lundin-owned Miebello were third to go in an 18 horse jump-off in Madrid, which was hosting the sixth round of the 2017/2018 FEI World Cup series. They took the lead with a scorching clear round in 42.68 seconds, before being overtaken by Flying Frenchman Roger Yves Bost with Sydney Une Prince – who shaved half-a-second off the Irish riders’ target. Belgium’s Niels Bruynseels and Cas de Liberte crossed the line one hundredth of a second faster than McAuley near the end of the jump-off to take runner-up spot.

Along with collecting over €23,000 for his third place finish, Mark McAuley has climbed to fourth place on the Longines FEI World Cup league table and is now in with a great chance of making it to his first ever World Cup Final.