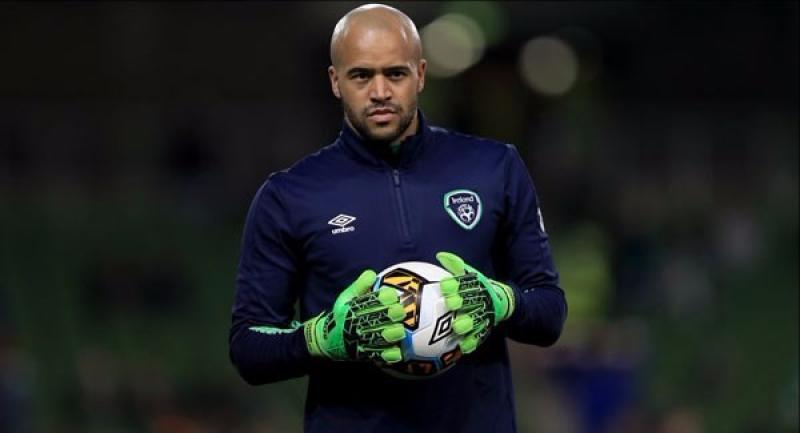 Ed Randolph's name caught my eye when reading the Republic of Ireland team profiles in advance of last week's World Cup play-off. While it rang a bell, I couldn't quite recall where I'd seen it before.

Ed, of course, appeared in Darren's profile; and with very good reason - he's the goalkeeper's father. What had me wrecking my brain was the mention of basketball coach. Was it on television I'd seen Ed's name, or in the 'papers?

It was the the latter, and I'd have been responsible for putting it in one of them – this one. (Thanks to my former work colleague, Pat Coburn - no mean slam dunker in his youth – for putting me right.)

Back in the 1980s, at a time when the Demo was fighting out of Earl Street and I was billeted way in the uppermost fourth floor (I always knew I'd go to the top), part of my brief involved covering basketball affairs.

Brendan McCoy, who had - and I'm sure still has - a passion for the game, provided the information. Not only did he seek as much publicity as he could for the game, Brendan was a highly respected coach.

It was big news when Ed Randolph came to town. Team Tivoli, sponsored by the Imperial Hotel, taking its name from the night club attached to the then-Quinn family-owned establishment, was the first team from the area to play in the National League.

Randolph, a Floridian, signed professional forms, and though the McCoy-coached Tivoli never quite made the breakthrough in the Premier Division, they won the All-Ireland intermediate title. Their star player was a product of the fiercely competitive grade in America. He 'missed the pick', which is basketball-speak for failing to make it on to one of the NBA teams. But he and others who came to this country, the likes of Kelvin Troy and Mario Elie, were above the others in Irish basketball. (On his return to the USA, Elie figured in the NBA and won three world champion rings.)

When his playing days were over, Randolph was heavily involved in coaching around town, tutoring mostly school teams. He is fondly remembered his by all who who knew him.

His son didn't deserve to be on a side beaten as heavily as the Republic were, ending hopes of a place in next year's World Cup final in Russia. True, five went past the Middlesbrough clubman, but he had little chance with any of them, and, indeed, had it not been for a number of excellent saves, especially the one in which he denied Kvist, the difference would have been much greater. And in the first leg in Copenhagen, he almost single-handedly kept Denmark from scoring.

On a team that had more journeymen than stars, and by staying in contention for so long probably did more than was expected of them before the competition got underway, Randolph was the most consistent.