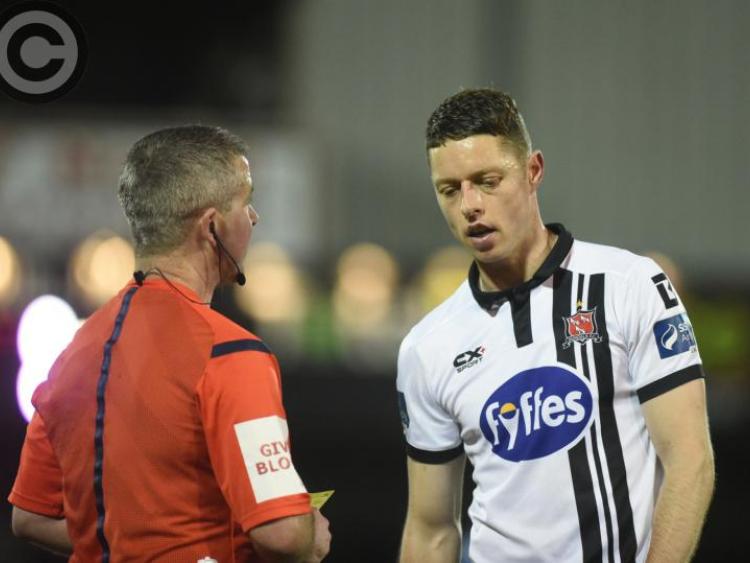 Local defender Shane Grimes has announced that he is leaving Dundalk FC.

In an emotional message posted on his twitter page, Grimes said 'today has been a hard day'.

The left-back then thanked all those connected with the club for their support.

In his second spell with his hometown outfit, Grimes picked up league winners medals, the FAI Cup and EA Sports Cup since his return in 2015.

He also battled his way back from a career threatening hamstring injury to play a major part in the Lilywhites' recent League Cup victory.

It's unclear if he will look to remain in the League of Ireland.

In his previous spell at Oriel Park, Grimes won the First Division in 2008 before having spells with Monaghan United and Drogheda United, where he captained the side.