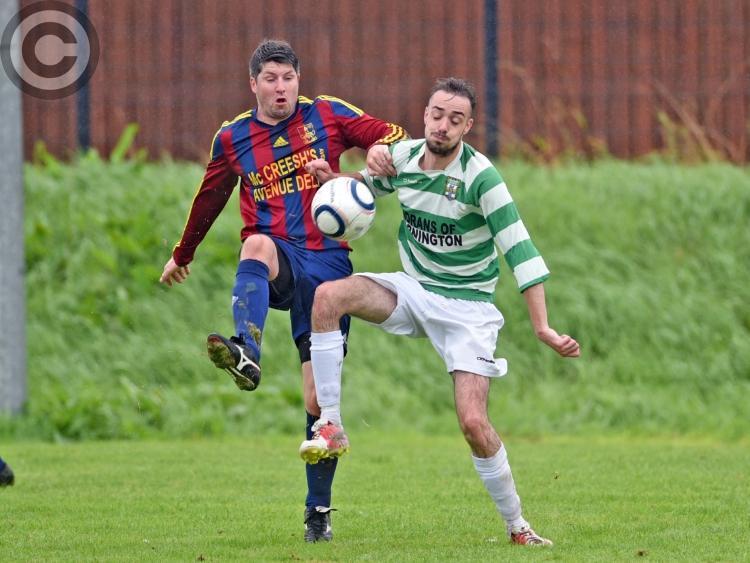 Leinster Junior Shield Round One

Having finished level at the end of normal time, neither side took chances in extra-time with spot-kicks inevitable. And despite goalkeeper Kevin Mullen producing a save in the shootout, the Dundalk side lost out on sudden death.

Bay led twice in the opening-half. Firstly when Robbie Murphy backheeled to the net. But two goals in quick succession from Donacarney put them in front with their second coming from the spot after Johnny Winters had been adjudged to have handled the ball on the goal line.

Paddy Connor drew Damien Bellew's men level before Murphy turned provider for Ryan Dillon almost right from the kick-off to force the visitors in front once more. An advantage which was once more nullified before half-time as Donacarney forced home their third of the match.

Dillon returned the complement to Murphy after half-time as Bay went 4-3 ahead, only for Donacarney to level again, force extra-time and ultimately penalties, where they prevailed.