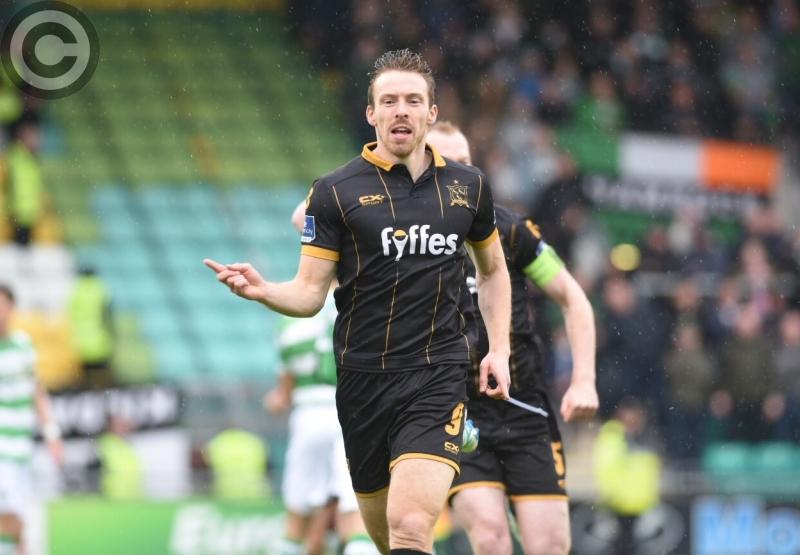 Dundalk claimed their sixth major honour in four seasons with a thrilling 3–0 victory over Shamrock Rovers in this afternoon’s EA Sports Cup final at Tallaght Stadium.

Man of the Match David McMillan’s 20th goal of the season and a stunning strike from Patrick McEleney divided the sides before Thomas Stewart put gloss on the victory in the 90th minute as The Lilywhites put an end to their three-game losing streak against Rovers.

The hosts also ended the match a player down following the second-half dismissal of Aaron Bolger.

While in possession more and on top in the territory stakes, Rovers were blunt going forward for the match’s entirety, failing to test Gabriel Sava once in the Dundalk goal

They passed and probed but often came out on the wrong side of collisions with Chris Shields and Niclas Vemmelund – both of whom were exceptional for The Lilywhites.

Despite their early dominance waning as Rovers found their feet, Dundalk remained the more purposeful outfit when moving forward and that tendency ultimately proved the winning of the game.

The Lilywhites were much more urgent and decisive in their attacking play, particularly down the left-flank where Michael Duffy’s threat was omnipresent.

Rovers’ main threat filtered down the opposite side with Trevor Clarke’s advances keeping Jamie McGrath on the defensive foot almost indefinitely. The winger’s inclusion came in the place of the cup-tied Dylan Connolly, while Seán Hoare and Sava were given the nod ahead of Brian Gartland and Gary Rogers respectively.

The game’s opening goal came after just five-minutes following a very strong start by the 2014 winners. Good play down the right from Seán Gannon and McGrath forced the corner from which McMillan bulleted a header to the net, despite the best efforts of Ryan Connolly who flicked the striker's attempt against the ‘bar.

Dundalk’s dominance continued to the end of the opening quarter with Shane Grimes and Robbie Benson getting shots on target, the latter of which really ought to have produced a goal after clever link-up with McMillan.

The Lilywhites, however, appeared to ease up as the clock ticked towards half-time with Rovers looking particularly dangerous from Brandon Miele’s corner-kicks. The first of which saw Ronan Finn shoot over before Dave Webster headed another off the butt of the post in the last meaningful attack of the opening-half.

The competitive pattern of the match continued into the second-half, though Rovers were dealt a defining blow when Bolger received his marching orders for a rash challenge which left Vemmelund in need of attention.

Rovers remonstrated on Bolger’s behalf, however, there was no doubting referee Derek Tomney took the correct course of action in sending the midfielder off on a second booking.

And from that point onwards, the traffic was relentless towards the Rovers goal with Duffy’s stinging drive and an accurate effort from McMilan coming before McEleney produced another stunning goal to add to his seasons’ collection.

Dundalk’s attacker found a pocket of space with nine-minutes to play and curled in a wonderful major to the top-corner, prior to Stewart's late third, wrapping up the victory in the process.

The cup treble is on for Kenny and co…