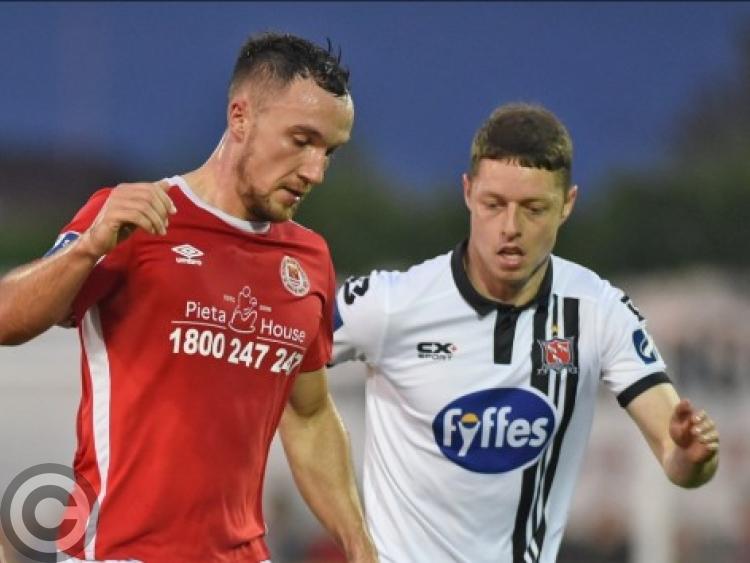 Michael Duffy and David McMillan may have taken the limelight, but Stephen Kenny singled out Dundalk's left-back Shane Grimes for praise after Friday night's match with St. Pat's.

The homegrown defender has recovered from a career threatening hamstring issue to win a place in the Dundalk starting XI in the absence of Dane Massey.

And with Massey set to miss Friday's cup game with Drogheda, Grimes appears in line for his third start on the trot.

“Shane is a very good, very underrated player who is very reliable along the left side,” the Dundalk manager said.

“It's only his fourth game back so he needs more minutes under his belt because of the level of injury he had.

“That injury would have finished quite a few players. You have to have remarkable dedication and mental fortitude to come back from an injury like Shane's and he's shown that.

“He's deserves credit because he came in and did well tonight,” added Kenny.