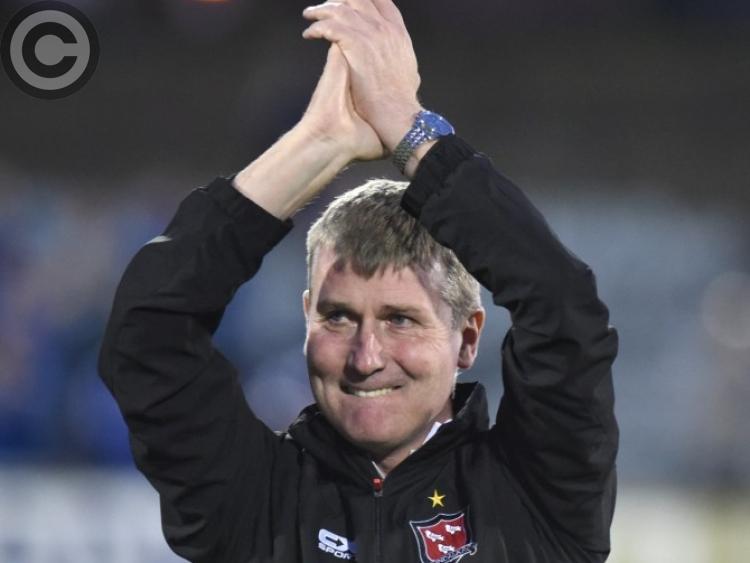 Stephen Kenny may be planning a trip to the Ashes if Patrick McEleney’s supposed move to Melbourne City comes to fruition.

The Australian-based club are one of a number of potential suitors for the attacking midfielder, whose contract with Dundalk runs out at the end of the season.

When asked about his star man’s future after last night’s win over Limerick, a game which McEleney scored in, Kenny was quick to make light of the rumours.

“There was talk this week about Melbourne City so I told him to watch the cricket and get ready for the Ashes in the Autumn at the Melbourne Cricket Ground. I’ll be over to visit him then if he goes,” Kenny quipped.

“We have had no bids and there’s nothing imminent in that regard. I expect him to be here to the end of the season and hopefully next year,” he added.

“Patrick will assess his options. Realistically, he’s unlikely to sign anything with anybody in the near future and that’s the way it is.”

“It took him a few minutes to find his rhythm but midway through he stepped it up, got to the pace of the game and influenced the game in a major way.

“His passing and general play is just a joy to watch. There is nobody like that, the way he plays the game differently to most people in this part of the world. He has great vision and a range of passing.

“He was taken down the for the free-kick and finished (his goal) brilliantly,” the Dundalk manager concluded.