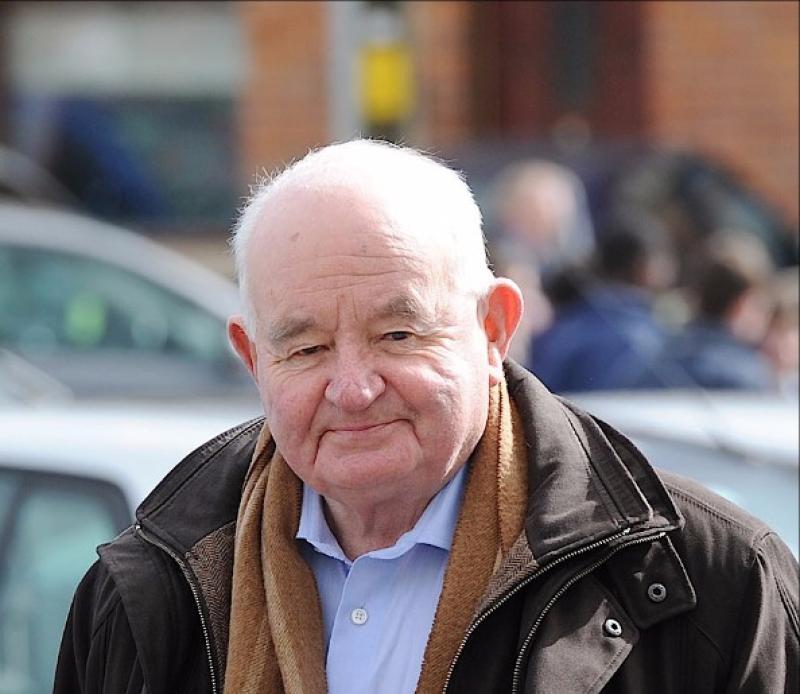 The 1930s into the '40s was a golden era for Louth at minor level. Eight provincial finals were contested in as many years. Five of them yielded wins, and two of these were the forerunner of All-Ireland success.

Lal McEntee, a Meath native playing with the Dundalk's Marist College at the time, captained the 1936 team, and Brendan Burke, another Marist student, born in Sligo, had the honour four years later. These stand as the county's only wins at national level.

There was no provincial success from 1942 until 1951. Nor was there even an appearance in a final, this despite the Marist, at the time a boarding college, continuing to have a major influence on the under-18 grade at domestic level, winning the county title four times in five years..

The return to the Leinster summit was heralded with a 1951 win, followed with another two years later. It did more than just bring the county's title-tally to eight - it brought to the fore a number of players who, a few short years later, would share in the biggest day football in these parts has ever enjoyed.

The four on the '53 team brought to six the number who added senior provincial medals to their haul before going on to collect the brightest prize Gaelic football has to offer.

Kevin Beahan was a 1951 winner along with Sean Cunningham. The influence the Ardee player had was underlined by the 2-4 he scored in the 3-9 to 2-5 win over Westmeath in the final. He was also on the mark in the earlier round wins in the games with Kildare and Dublin.

Louth's attempt at making the All-Ireland final that year fits neatly in the county's bulging 'we were hard done by' file.
While the Leinster campaign was progressing over in the West, Galway and Roscommon made progress to qualify for the Connacht decider. Galway won, qualifying them for an All-Ireland semi-final meeting with Louth; but Roscommon lodged an objection. Galway then came up with a counter objection.

Both objections were upheld by the Connacht Council, but, bizarrely, the counties were then successful in their appeals to Croke Park. The central authority, however, decided to conduct an inquiry into the manner in which the provinces championship had been run.

It's not explained why, but Galway then withdrew from the competition. This left the way open for the Connacht Council to nominate Roscommon to contest the All-Ireland semi-final.

Good for the Rossies, but Louth weren't happy with either the decision, or a letter from GAA general secretary, Padraig O Caoimh, confirming Roscommon as Connacht's representatives. At a Co Board meeting it was unanimously decided to appeal on the grounds that it was contrary to Rule 79, which stated that 'provincial winners shall contest the inter-provincial ties', and Rule 78, which only allowed a team to be nominated in the event of the championship not be concluded.

Central Council ruled Louth's appeal out of order, the Association's President, Michael Kehoe, stating that the Central Council, in 1946, had delegated plenary powers to the executive committee in the matter of appeal, and consequently there could be no appeal to its decisions on such matters. Louth, with some reluctance, accepted the ruling.

As if Roscommon hadn't benefited enough, the semi-final was fixed for the Roscommon Town's CBS grounds, which was clearly not fit for purpose. It had a steep incline for one thing, and as the game was played on November 25th, its sod was heavy.

Louth had the advantage of the hill in the first half, but despite creating many chances, went in at the break behind by one point, 1-3 to 1-2. An early second half goal sealed in for the home team, and in finished 2-5 to 1-3.

Sean og Flood, Patsy Coleman, Jackie Reynolds, and Jim Judge all graduated to the senior side after playing their part in Louth's 1953 Leinster Championship win. They were joined on the under-18 side by, among others, Ken Smyth, who would go on to carve out as successful soccer career with Dundalk. Clan na Gael's John 'Tural' McArdle was centre-half and captain, and Oliver Judge brought to three the number of medals won by members of his family in this grade.

Louth beat Westmeath and Dublin en route to reaching the provincial final, in which they were paired with Kildare. A good start, producing 1-2, paved the way for the win over the Lilies, who are reported to have engaged in some 'reckless tackling' in the second half. Louth survived it, and were 1-6 to 0-6 in front at the finish.

The game was played on the same afternoon as the seniors' defeat of Wexford, and while there have been a couple of attempts in the meantime, in 1958 and 1960, this was the last occasion on which Louth brought off the the provincial double. A more damning stat is, there hasn't been an under-18 win, which means that as they go about their work on Sunday, this year's representatives will be attempting to bring the title this way for the first time in 64 years.

The minors of '53 were drawn against Clare in the All-Ireland semi-final, and if you're to believe all of what was said of the Munster champions, then and since, the check on their birth certificates, if indeed there was one, may not have been as thorough as it should have been.

The Tarbert ferry was busy that weekend, carrying, its said, more than Kerry supporters on their way to Croke Park for Louth seniors' semi-final with the Kingdom which followed the minor tie.

Shiny-faced - the result of some of them having had the cleanest shave of their lives - the young Clare men proved far too good for Louth, leading by 1-7 to 0-2 at the interval and by 1-10 to 0-3 at the finish.