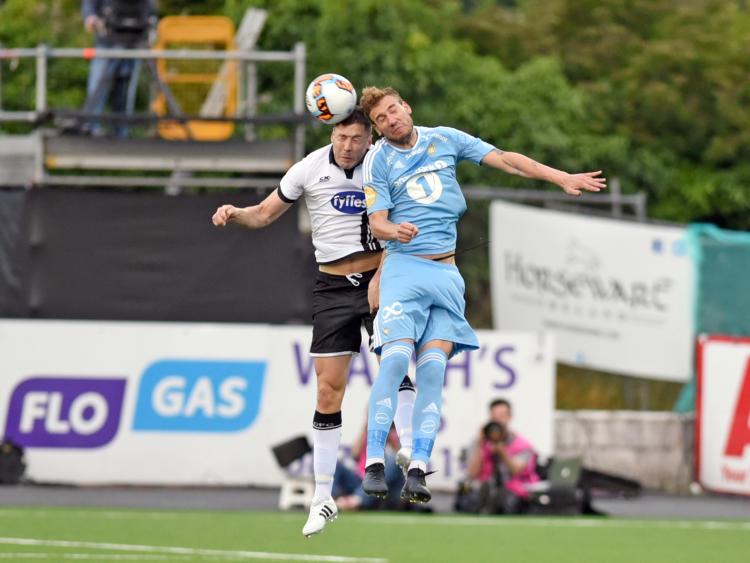 Ciarán Culligan's above photo tells its own tale. Brian Gartland dominated Nicklas Bendtner for most of last night's match.

'Lord Bendtner', as he's known, was largely anonymous in the 1-1 between Dundalk and Rosenborg at Oriel Park with Gartland and Niclas Vemmelund, and then Paddy Barrett, managing to keep the Danish international forward under wraps for most of the game.

Speaking after the match, Gartland gave his thoughts on his duel with the former Arsenal striker; insisting that he held nothing for Dundalk to fear ahead of the return leg.

"When he came out, obviously I knew what height he was but I never imagined he’d be that big either.

"He’s good at using his body and he’s got that experience of when to draw lads in but I don’t think he hurt us too much.

"We could probably be a little bit tighter to him next week, particularly when the ball travelled into his feet because he turned Nico (Niclas Vemmelund) once in the first-half and he did the same to me in the second-half.

"When we have gone with him to the halfway line or gone past our midfielders he can trick his way past, so we have a little bit to work on there but there weren’t too many surprises with him," he added.