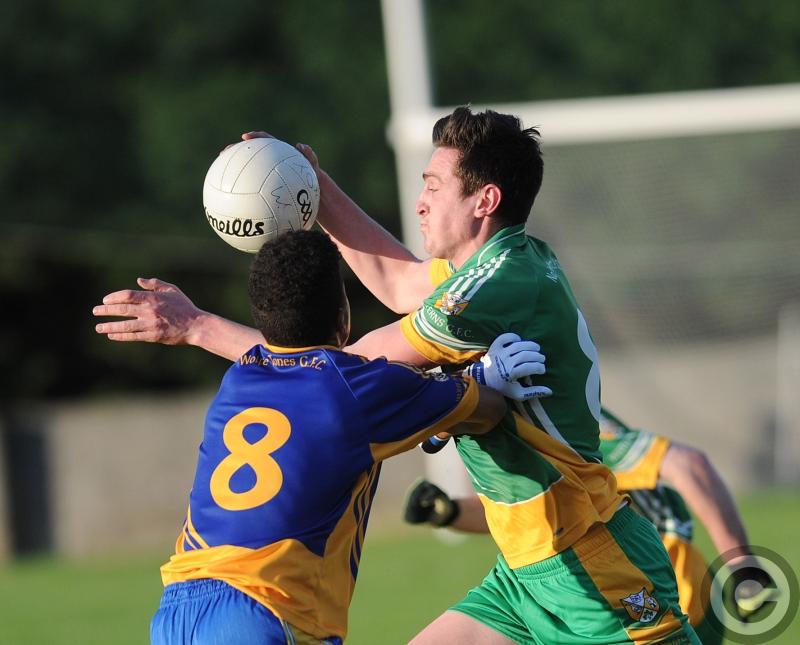 Tommy Durnin struck 1-7 as the Westerns opened their championship campaign with a 12-point victory over a plucky Wolfe Tones in Tallanstown.

Durnin stood-out for Cathal O’Hanlon’s side, touching the ball on 32 occasions over the hour, although he was only one of a number of impressive performers with Stephen Boylan and Anthony Durnin also showing well.

Had the Tones been more clinical in the first-half they could have ran the Reaghstown natives much closer, with 11 first-half wides hindering their attempts at building a lead.

Tommy Durnin's goal came midway though the first-half and swung the pendulum firmly in the Westerns favour before Conor Kerr bagged their second major as they took a 2-4 to four-point cushion to the break.

Substitute Ciaran Campbell scored the winners' third goal before the close. The Tones battled to the end, scoring the final two-points through Gideon Lugoye and Niall Smith.