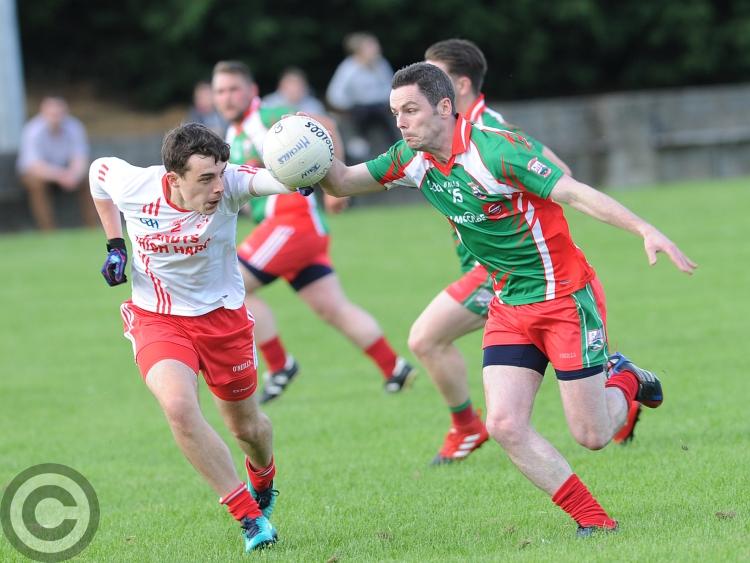 First-half goals from Stephen and Robert Coyle proved decisive as the John Mitchels saw off neighbours Sean McDermotts in Tallanstown on Friday night.

Having failed to score in the first-half, mainly due to being turned over 29 times, the Seans left themselves with too much to do despite the Mitchels adding only the solitary point after the break.

Brendan McMahon and Kevin Gallagher (free) scored early points to set the Mitchels on their way before Stephen Coyle capitalised on an error in the Seans' defence to fire in his team's first major.

Leading 2-5 to no-score at the interval, Robert Coyle was to get the winners' only point of the second-half as Kevin McMahon (2), David O'Neill (2), Brendan McMahon and Ian Corbally found range for the Seans.