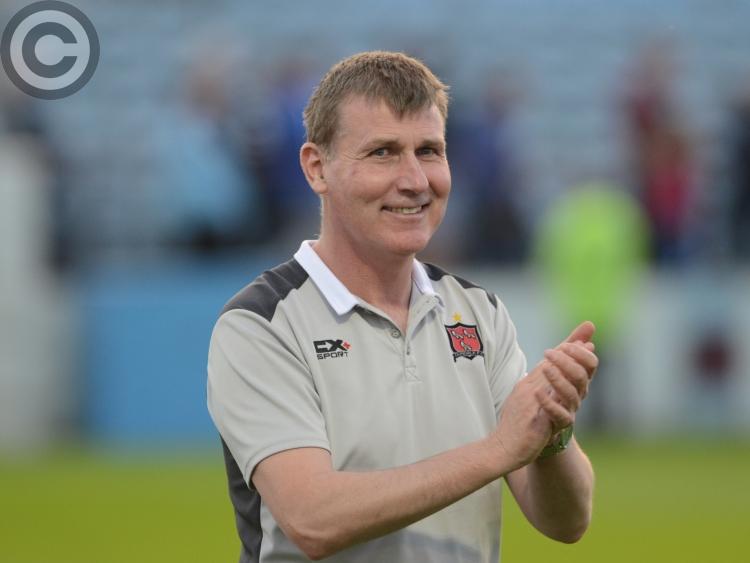 A brace from Robbie Benson prior to half-time preceded Patrick McEleney's fourth goal in as many games 18 minutes into the second-half as the Lilywhites ran out comfortable winners.

Benson's opener arrived inside two-minutes and, while it would be improper to say it came against the run of play, it did come in the visitor's first attack. A period of pinball in Dundalk's penalty area was eventually cleared to Patrick McEleney, who switched the play to Michael Duffy on the left flank. The latter put Benson in the clear and the midfielder showed great composure to round the outrushing Peter Cherrie and slam to the net.

Bray found some rhythm after the early concession with Anto Flood and Gary McCabe shooting off target. Mark Salmon and John Sullivan even threatened to get on top around the middle, however, they were made to pay for their missed chances on 26 minutes when the mercurial Benson doubled his side's lead with a fine finish.

Great work from Jamie McGrath down the left wing saw him get the ball to the goalscorer, who then played a neat one-two with Chris Shields on the edge of the area before shooting to the net with the inside of his right foot - Shields' introduction stemmed from Stephen O'Donnell going off with an ankle injury after 20 minutes.

'26: @BrayWanderers 0-2 @DundalkFC. What a goal from Robbie Benson - super team play and Benson finishes with aplomb...

The closest Wanderers came before the break saw Mark Salmon unleash a strong shot which Gary Rogers dealt with comfortably in Dundalk's goal.

Nursing a comfortable buffer, Dundalk eased through the opening 15 minutes of the second-half with Benson and Shields supplying star man McEleney with plenty of possession as Bray chased Lilywhite shadows.

The only thing missing from their play was the third, and insurance, goal. However, typical of his performance on the night, McEleney provided it, and in some style too. The forward turned onto his left foot about 25 yards from goal and curled a beauty past the helpless Bray custodian Cherrie to make it 3-0.

'63: @BrayWanderers 0-3 @DundalkFC. Another cracking strike from Patrick McEleney for the visitors. GAME OVER!

The final half-hour drifted past without another goal being scored. Benson came closest to a fourth for Dundalk when he headed a Seán Gannon cross wide of the target.