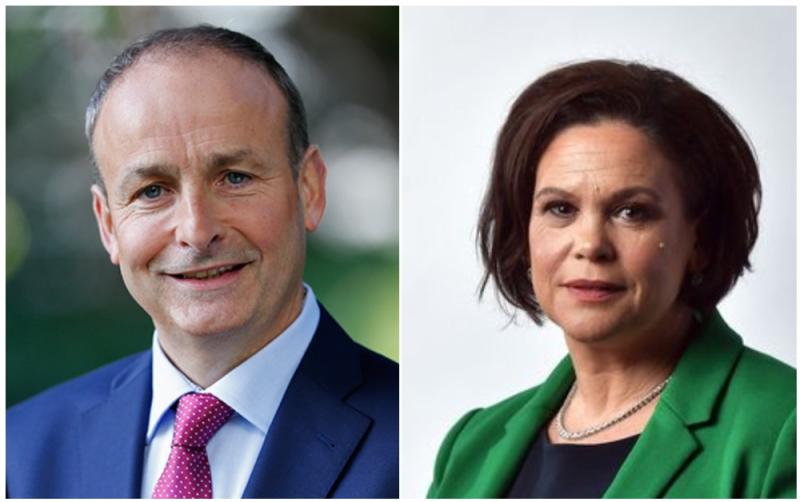 The latest Irish Times/Ipsos MRBI opinion poll shows a sharp fall for Fine Gael which has opened up a 10-point lead for Sinn Féin, as the party strengthens its position as the most popular party among voters.

Sinn Féin now has the support of almost a third of voters at 32 per cent, far ahead of Fine Gael (22 per cent) and Fianna Fáil (20 per cent).

The poll also shows a drop in the satisfaction rating of the Government from 53% in June to 46% on Wednesday.

Both Taoiseach Micheál Martin and Tánaiste Leo Varadkar also see their personal approval ratings fall, Mr. Martin by eight points to 41 per cent and Mr. Varadkar by a substantial 13 points, to 43 per cent.

The state of the parties, when undecided voters and those unlikely to vote are excluded, is as follows:

All of the above figures are rounded which accounts for the total of 101 per cent.

Exclusive: The latest Irish Times/Ipsos MRBI opinion poll shows that Sinn Féin has the support of almost a third of voters at 32 per cent, far ahead of Fine Gael and Fianna Fáilhttps://t.co/ujbxUhQIay pic.twitter.com/q74xDuHA1s

Among the Independents and smaller parties, the results are as follows:

The sharp drops in support for Fine Gael and for its leader are the most noticeable aspects of the poll, bringing the party to its lowest levels since the last general election.

It comes after a difficult period for the Government, and for Fine Gael in particular which faced sustained criticism for the now-abandoned appointment of former minister Katherine Zappone as a special envoy, and a motion of no-confidence in Minister for Foreign Affairs Simon Coveney.

But the poll results also come after the launch of the National Development Plan earlier this week, which saw the Government pledge to invest €165 billion in capital projects over the next 20 years, and as the pandemic continues to recede.

Hopes in the Government parties of a “Covid bounce” have come to nothing, as the political agenda has shifted from managing the pandemic to issues such as health and housing, on which the Government faces severe challenges.

The result is the highest ever rating for Sinn Féin in The Irish Times/Ipsos MRBI series.