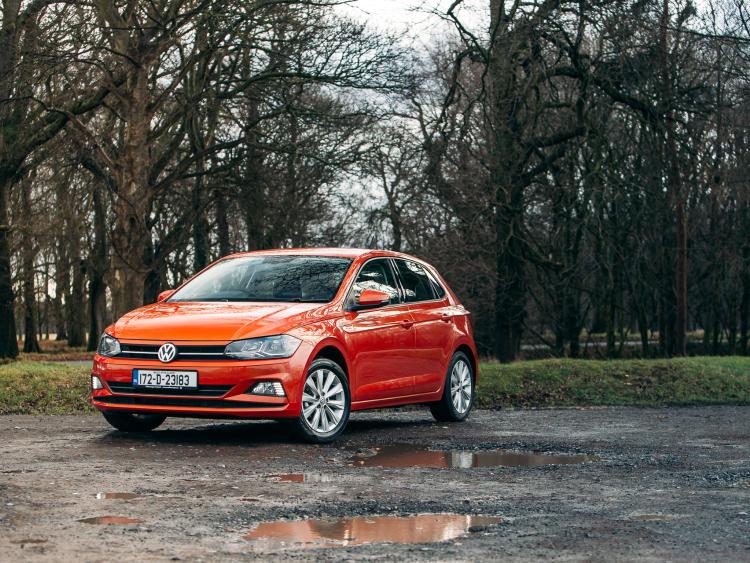 “Pop will eat itself” was coined in the 80’s predicting that cannibalization will be the downfall of pop music. With the new Polo the phrase could apply but in a different context. Not the downfall of the car more the downfall of car categories we are used to. The new Polo is practically the same size as the 2008 Golf. It’s 6 inches shorter and give or take an inch or two narrower and taller. We have forgotten just how small small cars were and how much they have swollen in recent years. That said, it’s appreciated and maybe reflective of our nation’s citizens larger dimensions.

I had the 65HP 3 cylinder petrol version on test and it flummoxed me a bit. There were times when I felt it needed a bit more power and times, when at cruising speed, it felt adequate. Whatever the need for more size in our small cars I’ll never be unhappy with more power from an engine. The ride in the Polo will be unsurprising to those familiar with the car. It absorbs most of our bad roads imperfections and not with a thud making for a very comfortable ride.

It’s my firm belief that the main priority in designing a car nowadays is to provide more space in as quiet a cabin as possible with as many features for the driver and passengers. With that in mind the Polo scores a bullseye. External noise, however generated, isn't a bother for occupants. The interior is an airy place with a great sense of space and the materials used, with every Polo iteration, just gets better and better. The Polo is a very wholesome car and for the savvy buyer a real alternative to the Golf. Sure even the boot in this model is bigger than the 2008 Golf.

I’d be drawn to the Fiesta which is a bit more rewarding to drive but my opinion may be clouded by that 65HP engine. Go for the 1.0TSI engined version would be my advice.

The Polo always attracts a premium that usually pays off when it comes time to sell. But there is a fly lurking. The Seat Ibiza, which is cheaper and arguably the better looking of the two, is busy stealing potential Polo buyers whilst it is busy trying to steal Golf customers.

Looks like everything is trying to eat itself after all.