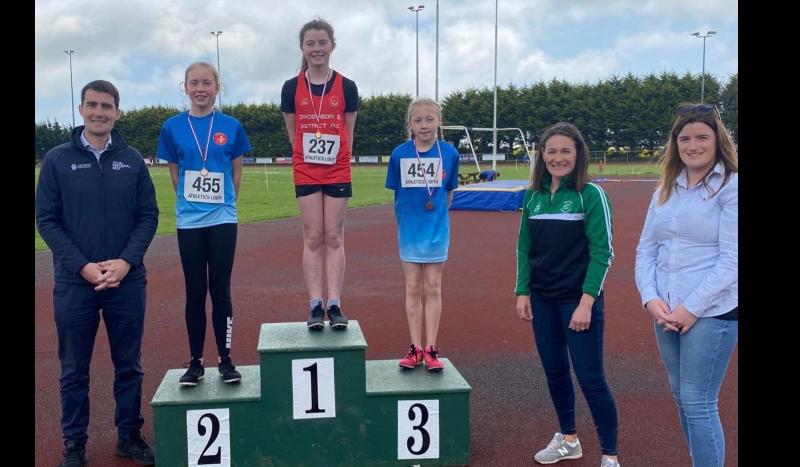 Minister of State for Gaeltacht Affairs and Sport, Jack Chambers, was a visitor at a number of Louth's sporting venues on Saturday last.

Accompanied by Senator Erin McGreehan, the Minister, who is also Government Chief Whip, had a hectic round of engagements, as he viewed firsthand how various grants to local sporting bodies had been utilised.

Minister Chambers was impressed by the manner in which Gaels had carried out improvements to their clubrooms and grounds in recent years, commenting favourably on the various pitches, gym and meeting rooms.

The club had recently been approved for a grant of €150,000, which is to go towards the upgraded floodlight system.

The next stop on the Minister’s tour was a venue close to Senator McGreehan’s heart.

The senator is an accomplished athlete and a member of Glenmore AC, and she introduced Minister Chambers to club chairman, Kenneth McBride, along with Principal of Bush Post Primary, Kevin Joyce.

As there was a competition taking place, Mr Chambers enjoyed watching the large number of athletes from around the county in action as well as presenting some of the winners’ prizes.

Finally, it was off to the home of Cooley Kickhams, where Senator McGreehan introduced the Minister to the participants and volunteers in the Children’s All Star Programme.

This programme allows and encourages children of all ages and abilities to participate.
Those present felt that the Minister may need to return to brush up on his goalkeeping skills!

This was a highly successful and enjoyable visit by the Minister and he expressed his appreciation to Senator McGreehan for organising it.