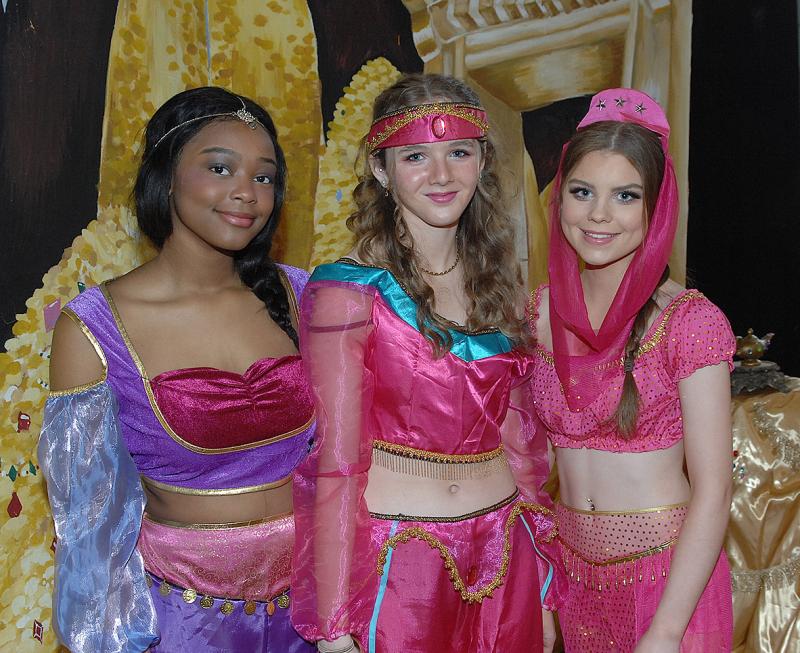 St Louis is gearing up for its first musical since lockdown cruelly shut down their planned 2020 show just six days before it was scheduled to take place.

This year the show is definitely going to happen, and the students, along with their teachers Ms Selena Reynolds and Ms Sonia Mc Eneaney are spending the Easter break ensuring all will be ready for Tuesday April 28th, their opening night.

This year the production is a spectacular one. Aladdin is a Disney show, a two act spectacular about a young thief who falls in love with the beautiful princess Jasmine who rejects the suitor sent to her in favour of the young Aladdin.

Throw in a baddie in the guise of Jafar, some classic Disney songs loved by young and old, and you have the perfect evening’s entertainment.

Sarah Guinan, who plays the part of Aladdin, said: “I’ve been dreaming about being the lead in the school musical since I saw the St Louis production of ‘Legally Blonde’ when I was in fifth class.

“I can’t believe it has actually come true and I am really looking forward to performing on the stage next week.”

Jasmine, who is played by Claire Mc Court, said: “I was so excited to hear I got the role of Jasmine as she is my favourite character in the film.

“I’m looking forward to the performances but also dreading the end.

“It’s been an amazing experience to get to put on a show after the lockdown.”

Briana Keene, who also gets to play her favourite character, the Genie, said: “I have been dancing and singing since I was five, but this is the first chance I’ve had to get back on stage in two years so I am really excited to be playing a character I love so much.”

Sarah Mulholland, who is no stranger to acting either, said playing the role of Jafar is a dream come true.

“I know he is the villain, but I am so happy to get the chance to bring him to life in my own interpretation of his character”, Sarah said.

“Everyone loves to hate the bad guy but it’s so much fun to play that part.”

For teachers Selena Reynolds and Sonya Mc Eneaney it is the culmination of six months' work.

“We love the challenge of a musical.

“Everything is done in house, from the music, the dance and the acting, to the stage sets and props.

“Every girl had the chance to audition, and, as happens every year in the school, we find new stars who have never before performed on stage.

“We are looking forward to the end product next week, and to seeing all the hard work come to fruition.”

The show will take place at 7:30 next Tuesday, Wednesday and Thursday 26th to 28th April and tickets are available online on the school website at https://stlouisdundalk.ie/aladdin/