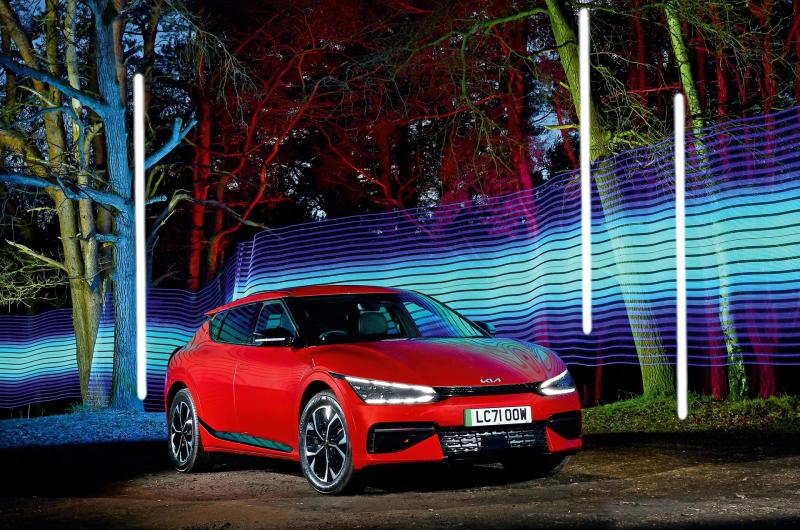 I am continually surprised that the car buying public does not generally know the history of car companies and their inter-relationships.

The rivalry between brands is fierce and even when a customer buys one over the other sometimes the parent of both companies gets the sale.

If you buy a Kia over a Hyundai there is salesman disappointment but at parent level Hyundai is happy as they own both Kia and Hyundai. This has benefits, bizarrely for the buyer.

It allows Kia and Hyundai to offer essentially the same car but with a different interior and external skin – perfectly demonstrated by the Kia EV6 and the Hyundai Ionic 5.

They basically share the same platform/battery/motors but look entirely different.
The EV6 has a 77.4kWh battery, produces 229PS and can reach 100km/h in 7.3s. If one over the other sways you it doesn’t matter as the Hyundai conglomerate gets your money.

The battle is really in your mind and not between the brands. That said, at brand dealer level they really compete for your sale and extol the virtues of their car over the competitor.

The Ionic5 and EV6 are like buses. You wait for one to come along and then you get two at once.

And not only do you get a bus but you get a super luxurious, plush coach that’s futuristic and very desirable. Gun to my head I opted for the Ionic5, swayed by its angular looks and its stance.

The EV6 lost out by the smallest of margins ever and it’s not hard to see why. Both of these cars have taken EVs to the next level and us the buyers have noticed this and responded.
Kia can’t get enough EV6’s to sell and the Ionic5 was the best selling electric car at the end of February in Ireland.

In fact and hugely impressive, it was the 10th best selling car no mater what the engine was. Another stat for you, the EV6 and the Ionic5 together accounted for 30% of all EV car sales this year. This despite delivery/chip/uncertainty issues.

This is also what happens when the worlds 3rd biggest car-manufacturing group changes direction and embraces electricity.

All the above would count for nothing if the car doesn’t perform its primary function, being a car.

The EV6 won’t disappoint. It is very sizeable and 5 adults can be transported in comfort without rear passenger rib damage.

It even has a large 520litre boot. It will do this in supreme quietness and can go a claimed 528 kms on a full charge.

That’s’ real world livable with. Outside the looks, whilst futuristic, are not as envelope stretching as the Ioniq5 but it is still eye-catching. The interior of the EV6 is exquisite. 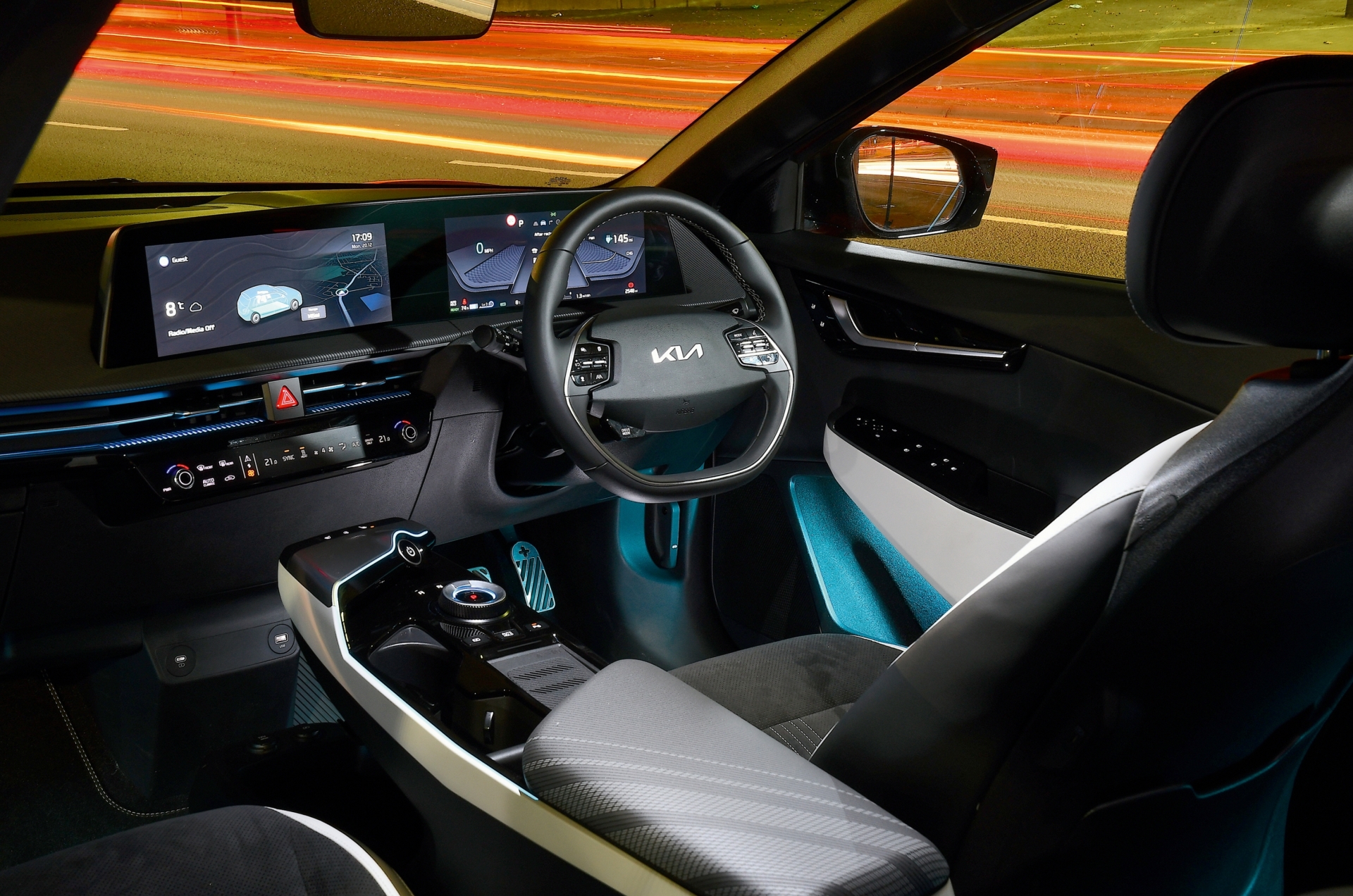 It’s unconventionally convention and is a much different take on how the Ioniq5 tackled it. I felt I was seated lower and surrounded by the controls laid out in an intuitive manner.

I won’t begin to list the features in the car because there are so many, as there should be in a car with a price tag of €50k for the Earth model. There is only one other, the GT-line for €54,345.

I will though mention the video display that shows you in the all-digital drivers display what’s behind you and in your blind spot when you indicate left or right.

I first saw this on a Sorento and it is one of the best new features around and should be offered on more and more cars.

What’s not offered is a rear wiper that I didn’t find an issue but I know owners are wishing that there was. Watch sales of Rain-X if this fashion for no wiper grows.

Driving the EV6 you are immediately struck by how premium it feels.

External intrusions are absorbed and the car, a big car, takes turns assuredly.

It has pace but being electric you are not overly tempted to use it because it depletes the range and range watching, and how you drive, really changes when you own an EV.

I personally find it more Zen taking it easy with the right foot and incremental accelerator pressure is the modus operandi rather than aggressive use.

I also love the one-pedal driving whereby the brakes are applied as you ease off for maximum energy recovery and you could easily drive from Dublin to Donegal without ever pressing the brake pedal.

The EV6 won the Continental Irish Car of the Year and then went on to win the European Car of the Year. It was always going to be either the EV6 or Ioniq5 that won these awards, as they truly are both game changing.