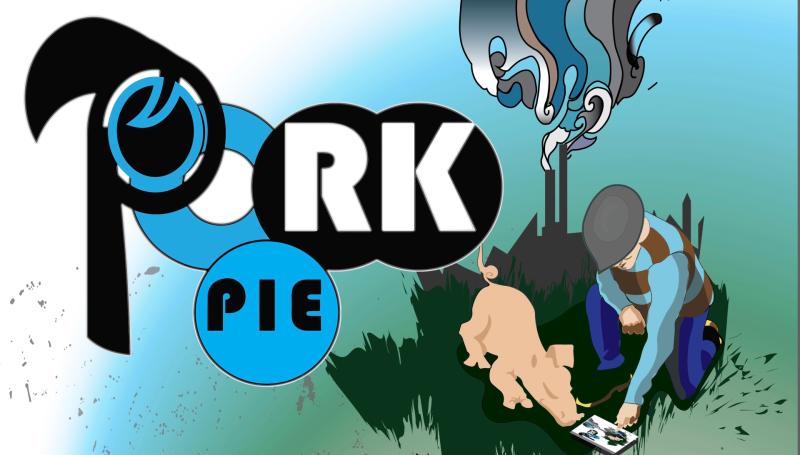 Pork Pie are set to launch their debut album in the Spirit Store on Friday night, March 11th.

Pork Pie will take to the stage on Friday night and will be joined by Dundalk punk legends The Gakk who got Pork Pie to support them in their album ‘Take a Look Around’ launched in 2019.

The album was engineered by Pete Rust and mastered by Fergal Davis and completed during the relaxation of the restrictions.

The Vinyl and CDs were printed by the Irish company ‘Rotator Records’.

The Vinyl debut album “Pterodactyl”, CDs, and t-shirts will be on sale on the night.

The t-shirts were designed and printed in Creative Spark by Pork Pie musician and artist Michael Stafford and the album was part funded by a Louth County Council arts grant.

Pork Pie have played together on and off since 2003 with other members joining the band over the years and reformed in 2018 with all four original members.

Pork Pie have gigged extensively and played multiple festivals and leading music venues in Europe, including the Spirit Store in Ireland, the Paradiso in Amsterdam, and The Dublin Castle in London.

In October 2021 the band were sponsored by the Irish Government (Department of Arts & Culture) to play an exclusive online gig at the famous Great Northern Brewery in Ireland, which was released to rave reviews in the music press.

Pork Pie's debut album “Pterodactyl” is now available on all leading platforms, CD and Vinyl, and has received excellent reviews to date.

Pork Pie is currently working with leading music industry PR, marketing and recording organisations -including High Violet PR (UK) and The Lock Up Studios (Ireland) to promote “Pterodactyl” and record new material for their second album which will be released later this year.

Tickets for Pork Pie's gig and album launch joined by The Gakk are €12 and available on www.spiritstore.ie or at the door.