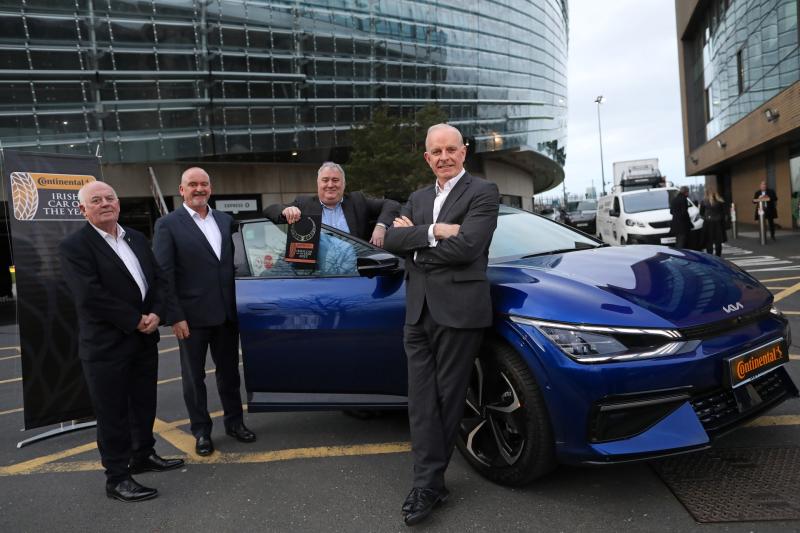 It was pretty exciting to have all the car companies physically together signalling a return to the that dreaded word, normality.

In total there was seven awards up for grabs as well as the prestigious overall award.
As is the case every year competition is fierce and the quality of cars on offer just gets better and better.

Electric cars are increasingly prevalent with one at least one all-electric car in six of the seven categories.

The odd one out category had HEV and Hybrids in there, so electricity made its presence felt.
Kia took the top award with its latest EV6 model which also won the Continental Tyres Irish Large Car of the Year category award at the ceremony.

It is the second time that an electric vehicle has taken the award as Kia also won the 2020 Irish Car of the Year title with the all-electric Kia e-Soul.

Joint-Chairman of the Irish Car of the Year Committee, Anthony Conlon said:"The Kia EV6 is a great car and as the second electric vehicle to win the title, it is proof, if any proof was needed, that the era of electric motoring is already well and truly here in Ireland.

“Just look at our field of runners for this year’s awards, more than half of the contenders are available as either partial or full electric vehicles.”

Joint-Chairman of the Irish Car of the Year Committee, Cathal Doyle said: “Congratulations to the Kia team on a very worthy win and what an achievement to score back-to-back titles with two great electric vehicles.

“The Kia EV6 came out as the clear winner and was hugely popular with my motoring journalist colleagues”.

Tom Dennigan from awards sponsor, Continental Tyres said: “After missing out on a 2021 Irish Car of the Year awards programme, we are delighted to be back with these awards for 2022 as the whole programme provides a great guide to Irish motorists on what the best and latest cars coming onto the Irish market are.

“I am sure that the Kia EV6 will benefit hugely here from winning this much coveted award.”

The most hotly contested category, that eventually yielded the overall winner, was the Large Car award with the two stellar performers being the Kia EV6 and the Hyundai Ionic5. I gave my top vote to the Hyundai Ionic5 but separating them was so, so hard.

The exterior of the Ionic5 swung it for me as it is one of the most striking and imposing cars on the road.

So, which is why separating them was so hard, was the Kia EV6 but for different reasons. The EV6 is arguably the more conventional of the two but together they have both taken car design, not just electric car design, to another level.

The good thing is that if you end up buying either you will not be disappointed.
Special mention must go to the Dacia Sandero.

Motoring does not come more reasonable than this and not at the expense of specification, refinement or enjoyment.

I doubt there is an unhappy Sandero owner out there.

Full disclosure now. We recently bought a Citroen C4 and indeed I gave it my top vote in its category, but the car was my wife’s sole choice as she will be driving it.

It is certainly an eye-catching car and will on foot of the award gain more buyers.

The remaining cars all have one thing in common – bold design.
Same old, same old no longer cuts it and the bolder and braver you are seems to net you rewards.
Yes, the design may be divisive but thankfully it is never boring.

I can’t wait to see how car companies set about improving over this year’s winners.