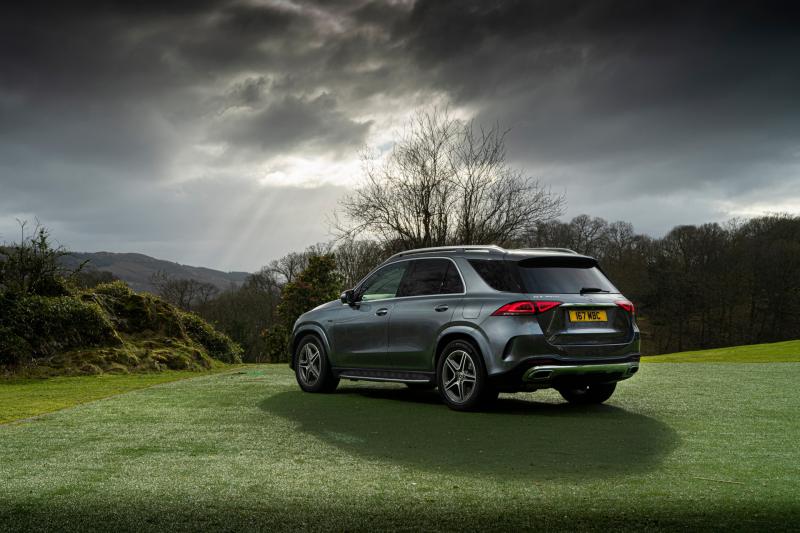 We should all be doing our bit for the environment. In doing so we are reducing carbon emissions and generally it appeals to our common sense.

It just isn’t right disposing of our used items to be buried and forgotten when they could be reused or recycled. That was the way when I was young, and it is remarkable that it ever went out of fashion.

And even more remarkable that by closing the existing reuse and recycling of everyday items we, the public, are being blamed for the effects of those flawed decisions. Anyway, the purpose of prompting me to write that was the fact that the Mercedes GLE PHEV attracts an annual car tax of €140 against the backdrop of an OTR price of €95,410.

I’m definitely not a person advocating for any additional consumer costs in any shape or form, but in the same way we got the old reuse/recycle process wrong I think our car tax system is flawed too.

People who can afford a car in the GLE price bracket are not in any way fazed by having to pay €140 annual car tax whereas a lot of car owners have much higher tax bills that are a strain to meet.

Equally, the low tax diesel models attracted in the past is being reversed to get us to drive electric so was that another flawed policy? My belief is it was, and I hope the pushing and shoving to all-electric doesn’t transpire to be another mistake.

The GLE PHEV to be fair is an offering to assuage our green credentials. It is a diesel engine / PHEV affair. The diesel engine complies with Euro 6 so is extremely low on the emissions we don’t like and has a battery onboard that will allow all electric driving.

Mercedes are the sole players in the Diesel / PHEV space with others using petrol combinations, so they are trailing a bit of a solo blaze and ticking the green box.

Sales of the GLE last year is a story of 50 per cents. 50% were Hybrids, 50% of them were sold in Dublin and 50% of them sold were black. Its main competitors are from Audi, BMW, Land Rover and Volvo with their green-friendly “engine” combinations.

In Ireland we don’t get the Genesis luxury brand from Hyundai, but I reckon it is only a matter of time before we see the brand and the GV80 model competitor entering the ring and landing some heavy punches.

Unmistakably a Mercedes with the 3-pointed star unmissable up front, the design theme is similar to other GL models from Mercedes. Other than the GLB that looks sufficiently different, the others all seem larger or smaller version of the same car.

I’m not a fan of that design philosophy but the harsh reality of car economics, leading to sales, is probably the reason for it. But I like different.

The GLE isn’t a radical departure from its ancestors and again that’s probably to appeal to buyers. What is continually noticeable though is the size of cars.

This is a big bus, and our small cars of today were the medium cars of old. I’m not convinced the larger external dimension have had a proportional increase on the inside though.

The GLE comes as both a 5- and 7-seater. In this 5-seater model the second-row passengers get an incredible amount of space delivering typical a Mercedes luxury experience. That also delivers a 490litre boot.

Sit in an you are presented with the best Mercedes has to offer. The layout is exceptional and the mix of buttons and touch spot on.

I mean how can you have an opinion on air-vents but when you see them you immediately note that they are perfect and should be laid out that way.

They are second only to the Audi TT which I’ve yet to see bettered. The seamless driver dials and infotainment system spread across the dash would be more suited to an ocean-going liner for its comprehensiveness.

The ability to control them from the steering wheel as well, via tactile touch, is marvellous. Is there a better steering wheel outside of F1? I doubt it. Now that I think of it, Mercedes is in F1 and know a thing or two about a good steering wheel. Wherever they source their materials just keep doing it as they are oozing quality.

This is a car that looks desert crossing capable, but the reality is it not purchased for that rather than its luxury jeep credentials that seats you up high.

This is a car where you look down on other drivers, physically and metaphorically, and where others look up jealously. To test its off-road ability is to miss the point. Its home is tarmac and towing.

It might get dirty in a field but that’s about it. So for those roles the ride is super comfortable and quiet. If you want sporting credentials, then you are looking at the wrong car.

It does have performance mind and can reach 100km/h in just 6.8s, no slouch considering its bulk. This is made possible from the 320bhp combined output from the engine and electric motor.

You won’t find fault with its handling manners doing what it does best and the GLE delivers that expected Mercedes luxurious ride. For normal driving the 9-speed automatic gearbox will find the perfect gear for you every time.

In the urban environment, where the car is mostly sold, the all-important all-electric range is a claimed 93kms. Adhering to typical 50km/h speed limits this is possible, but out on the main highway at higher speeds this depletes, as you would expect, considerably quicker.