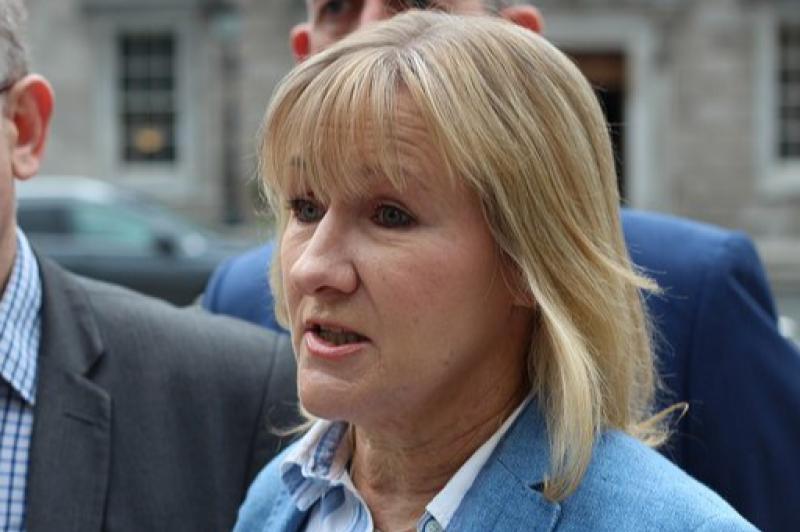 Louth TD and Sinn Féin spokesperson on Sport, Imelda Munster, has said that Minister Jack Chambers’ response to the matters raised by women rugby players in their recent letter “does not inspire confidence”, having questioned him on the matter at a meeting of the Joint Oireachtas Committee on Media, Tourism, Arts, Culture and Sport this afternoon.

Many former and current players had written to the Minister for state to declare that they had “lost all trust and confidence in the IRFU and its leadership.”

Junior Minister for Sport Jack Chambers appeared before the committee to take questions on issues relating to women in sport, where the matter of women in rugby featured heavily.

“I asked Minister for State Chambers if he will do what was asked of himself and Minister Martin in the letter from the women rugby players, and ensure that the two reviews currently underway at the IRFU are conducted in a transparent and open way, and are published and made publicly available once they are completed.

“Minister Chambers did not make a commitment to ensure that there is proper oversight in place of the reviews, nor did he commit to making the reviews public.”

“He has committed to meeting with the IRFU, but if he isn’t willing to fight for what was asked of him in the letter, then I don’t see how this will resolve the matters raised.”

“I also asked Minister Chambers if he would ensure that there are repercussions in instances where governance is not adhered to by governing bodies, such as the withholding of funding, potentially.”

“He did not respond to that question either.”

“Dr. Una May, Director of Participation and Ethics at Sport Ireland, appeared at the second public session of the committee today and I asked her about Sport Ireland’s role in providing oversight on these issues.”

“Dr May responded that Sport Ireland is awaiting the reviews – these are the same reviews that the women in rugby have said they have serious concerns about in terms of openness and transparency.”

“I find the lack of urgency very frustrating here.”

“The women players who signed the letter have said that they have lost all trust and confidence in the IRFU and its leadership, and the Minister has said that he is taking the matter seriously but he won’t actually make any clear commitments regarding the issues raised in the letter.”

“This matter must be treated with the utmost seriousness, and the specific asks of the rugby players need to be addressed as a matter of urgency, given that they have taken the brave step of putting their names to this letter calling on the government to support them.”