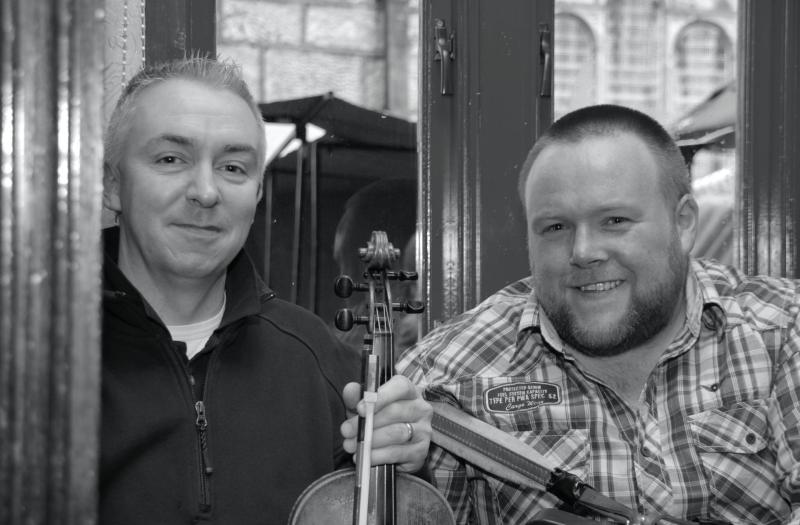 Two master musicians are set to make a return to Dundalk with a gig in the Oriel Centre in Dundalk Gaol later this week.

David Munnelly is known for his colourful musical style, which inhales bold bass fingerings, complex arrangements and modern compositions; and exhales hints of the Roaring 20′s and the energy of a box of dynamite coupled with a masterful knack for letting a tune take its own time for a completely unmistakable and brilliant sound.

This unique style led David into the world of professional musicianship where he played with groups such as Niamh Parsons’ band, The Chieftains, De Danann the David Munnelly Band, and the Accordion Samurai who’s debut CD won numerous high-profile awards.

Other recordings include “Aonair”, Duo McGowan-Munnelly and 3’oh.

Mick Conneely is one of the most acclaimed and respected fiddle players in the Irish tradition. He has played, toured and recorded with many artists, including De Danann, Mary Bergin/ Tony Linnane. His debut solo album ‘Selkie’ was released to critical acclaim on the trad label Cló Iar-Chonnacht.

“Dave and Mick are master musicians no doubt about it, they have the credentials: the track record, the bands, albums and collaborations, but here you get more than just great musicianship, you get a dialogue, a conversation happening now, not parroted lines from some slickly rehearsed ensemble, that is the real excitement here,” said Sean Laffey, editor Irish Traditional Music Magazine.