Local man shaves his head after he raises over €17,000 for Lourdes intensive care unit 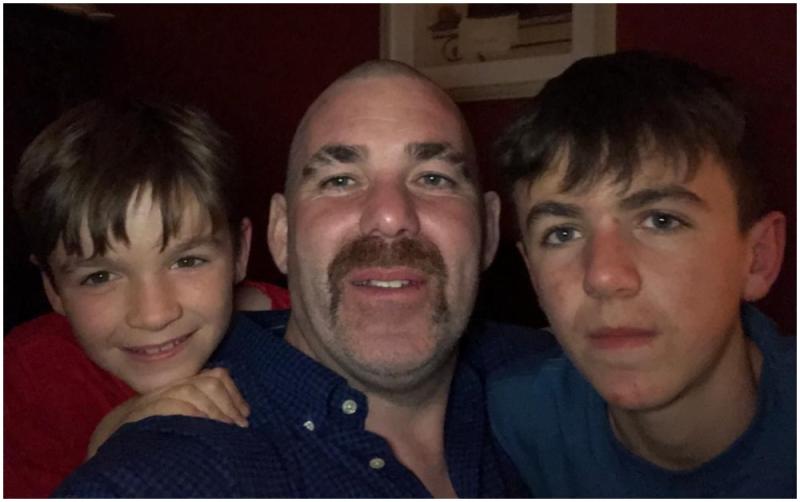 Aidan Kerr with his sons Killian and Oisin

Over €17,000 has been raised for Our Lady Of Lourdes neonatal intensive care unit by a local man, with him raising funds for the hospital after they saved his son’s life when he was born 10 years ago.

Louth man Aidan Kerr, who ran the fundraiser in October, told the Democrat that the NICU (Neonatal Intensive Care Unit) has a special place in his heart for saving the life of his son Killian when he was born a decade ago.

Aidan smashed his original target of €5,000 by a significant margin, with €17,500 being raised in his fundraising campaign. He said that there is still more to come and that he plans to present the final cheque to the hospital early next year.

As part of the fundraising drive, Aidan pledged to shave his head and carried out his pledge at Smith’s in Tallanstown.

According to Aidan, the event ran extremely smoothly, with a barber and hairdresser doing the honours for him and several others.

As part of the event, other volunteers were sponsored to shave their heads and beards.

He told the Democrat that someone offered to sponsor him to shave an eyebrow, but that they eventually settled on a line through Aidan’s eyebrow.

On why he chose NICU as his particular fundraising beneficiary, Aidan told the Democrat that it couldn’t have been anywhere else for how they looked after Killian.

“If it’s going to be any charity, it will be the NICU because they saved my young fella’s life there 10 years ago,” said Aidan.

He said that he never expected the fundraiser to take off as it did, saying that it began to snowball after he hit €3,000.

“Anything from two to five grand would be great, so you’re getting your hair cut,” said Aidan.

“It just snowballed from three grand upwards, I just couldn’t believe it.

“The generosity of people and businesses, people just donating was unreal.

“There was people calling to my mother [to drop in money], she must have run out of tea bags in the house.

“I just couldn’t get over it, the niceness, and it was for a good cause. The amount of people that I wouldn’t have known that had similar situations with their kids and it affected them.”

Aidan thanked everyone who helped him organise the fundraiser

Aidan previously held a fundraiser for NICU 10 years ago, holding a sponsored football match which raised over €5,000.