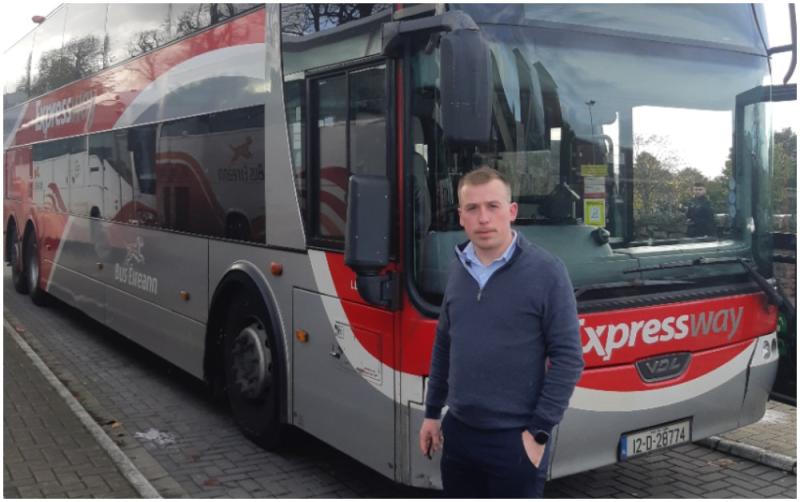 Cllr John Sheridan has raised concerns about the 100X

A local councillor has raised concerns that both Castlebellingham and Dunleer may lose their Bus Éireann 100X services as part of the new Connecting Ireland plan by the National Transport Authority.

Fianna Fáil’s John Sheridan says that he is concerned over the plans to amend a bus route that serves parts of mid-Louth after receiving a response from the NTA late last week.

Cllr Sheridan has said that most of the planned changes will be positive for local residents, adding that it should lead to an increase in services.

“I had raised a concern about one proposal and while I have received a response this week, but it doesn't clarify the situation.

“The maps and documents at the weekend suggest that the “old Dublin road” could lose their 100X services and a new Dublin Belfast bus will only go on the M1.

“I wrote to the NTA to clarify this. I received a response this week but it says they will take into consideration the requirement to ensure continuity of service for Castlebellingham and Dunleer in the evenings.

“I will certainly be making a submission to the consultation and would urge members of the public to do so too on the Connecting Ireland consultation section of www.nationaltransport.ie”

The Connecting Ireland plan was announced last week by Transport Minister Eamon Ryan, with at least two new bus routes set to connect Dundalk with other large towns in the North East.

Cllr Sheridan has welcomed the expansion of the 168 service, which will now stop in Dunleer.

He says that as Dunleer and Anagassan are both now linked by public transport, it will lead to a boost for both communities.

“It will actually mean Dunleer and Annagassan are linked by bus which is a boost for both communities. That route is a real example of ‘Build it and they will come’, it has just brought so many extra people using the bus,” said Cllr Sheridan.