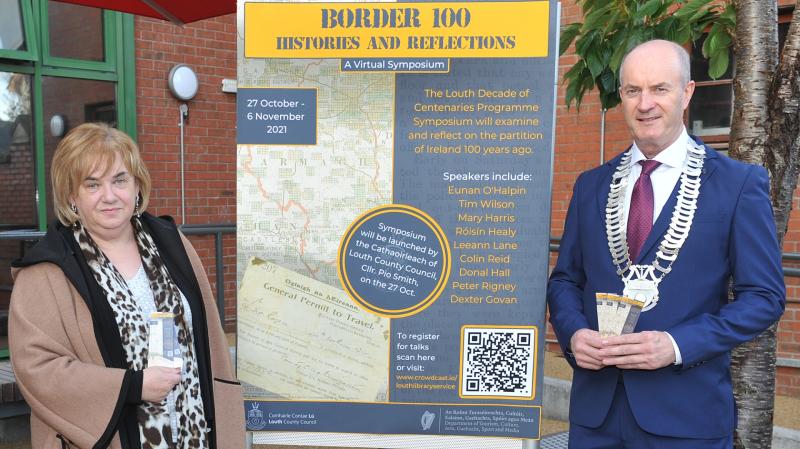 Louth County Library is set to host a series of lectures and panel discussions on partition as part of the Decade of Centenaries, with the Border 100 programme being launched late last week.

Dr Thomas Tormey, Louth County Council Historian, has brought local, national and international historians together to deliver a series of virtual lectures and panel discussions on the foundation of Northern Ireland, partition and the experience of minorities and border communities in Ireland between 1918 and 2023.

There will also be individual talks on the role of women; the role of the labour movement and the experience of nationalists and unionists on both sides of the border.

The event itself was launched by Cathaoirleach of Louth County Council, Cllr Pio Smith and Chief Executive Joan Martin, with Cllr Smith congratulating the library service on their work curating projects for the centenary.

The full programme of events is available to view live or at a later date by registering on the Crowdcast platform. Details of the talks and times they are on at can be found at www.crowdcast.io/louthlibraryservice.