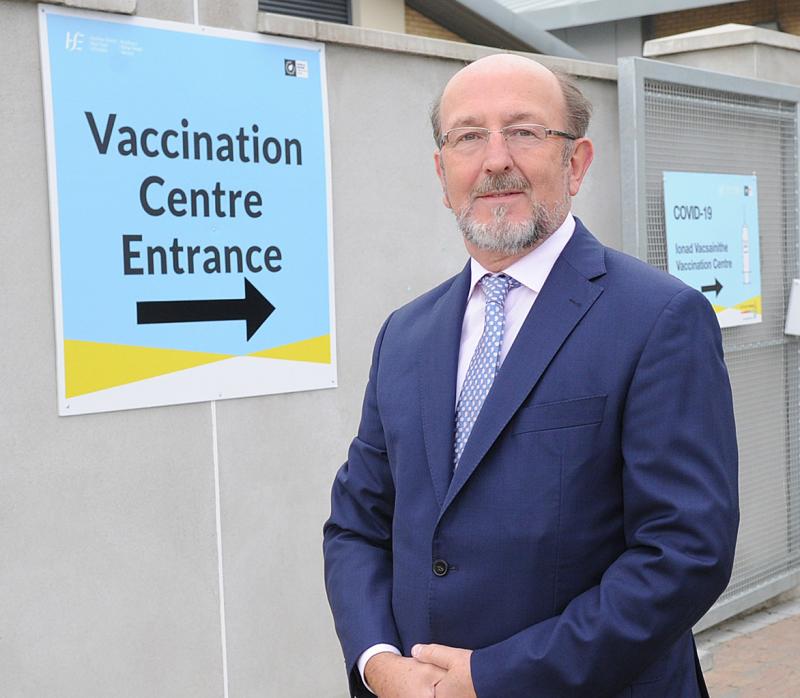 Professor Brian MacCraith, the Louth man leading the Irish Covid-19 vaccine rollout, has said that the Irish people have shown incredible resilience throughout the pandemic and that it can be seen in the massive vaccine uptake across the country.

Professor MacCraith, who is originally from old Muirheavena in Dundalk and now lives in Termonfeckin, is the chairperson of the high-level task force on Covid-19 vaccination and he spoke with the Democrat about his work with the group.

Professor MacCraith said that he was originally offered the job in November 2020 and he quickly accepted despite not knowing entirely what it would entail.

“It was a privilege and an honour to be asked to take on something so significant as this,” said Professor MacCraith.

“The complexity of it wouldn’t have been clear from the outset but I knew it was a very big task and I knew it was by far the biggest such programme ever undertaken by the State.”

Professor MacCraith worked in Dundalk IT before moving to Dublin City University as a physics lecturer. He later went on to become President of the university, with a 10-year term running from 2010 to 2020.

The former President of DCU said that the work on the task force began immediately and they began preparations for the vaccination programme.

Professor MacCraith told the Democrat that the vaccination programme was always planned to be driven by the supply of vaccines into Ireland and infrastructure was scaled up to reflect that.

“We made the commitment right across the programme that the only thing that would limit our ability to administer vaccines would be the supply itself, everything else we would optimise because it was the only thing we didn’t have absolute control over.” 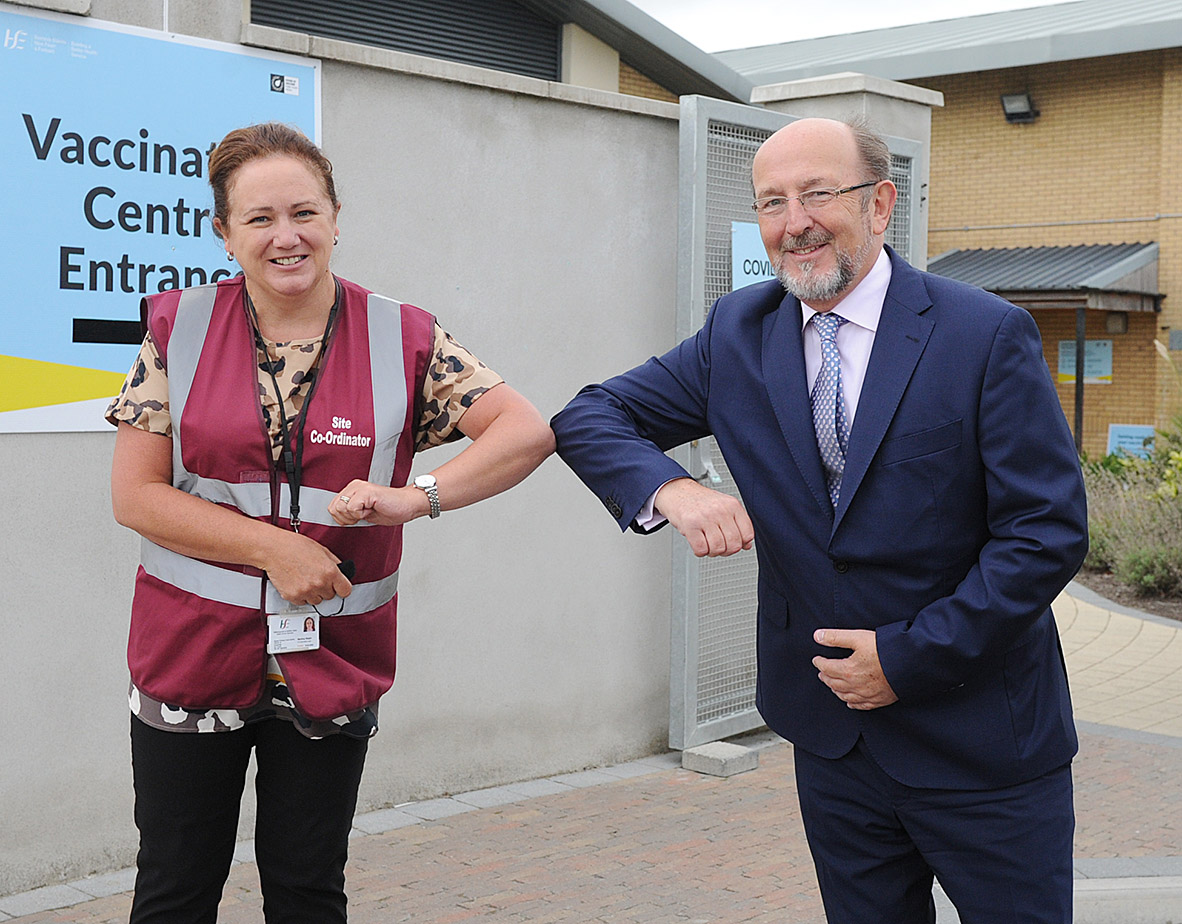 While the task force knew that they would be receiving small amounts of vaccine in the early days, from February they began to plan for the larger shipments of vaccine that would arrive in the second and third quarter of the year.

“We knew from the contracts with the vaccine companies that that would rise up to hundreds of thousands a week during quarter two and quarter three and that’s what happened.”

“We were planning from, certainly February onwards for that scale up.”

A significant marker in Ireland’s vaccine programme has been the extremely high takeup across the country, with 86.5% of over 16’s fully vaccinated.

The total number of people fully vaccinated in the country now stands at 3,380,284 as of September 1st.

As to why the uptake has been so high, Professor MacCraith says that it is due to the trust Irish people have placed in science and state institutions like the HSE.

“They trusted the science, they listened to the best public health advice, they were an educated population and they made rational decisions based on evidence.

“The numbers achieved can speak for themselves.

“When you combine that with the response, that scale of coming forward with the great resilience shown by Irish people throughout the whole pandemic, it would make you extremely proud to be an Irish person.”

The professor, who received his vaccinations in the Fairways vaccination centre earlier this year, told the Democrat that uptake of the vaccine remains high even moving into younger people, with 90.4% of people over the age of 12 either having registered or already received a vaccination.

“It’s incredible figures, these numbers is [sic] not being achieved in many parts of the world where people have access to vaccines.”

He heaped praise on all those involved in the vaccine programme and the thousands of volunteers who gave up time to work on the programme.

“Really it’s been an extraordinary example of human endeavour and commitment to public service.

“The success of this programme is down to the collective coming together to make this happen.”

The next priority for Professor MacCraith and the task force is to get more people who haven’t registered for a Covid-19 vaccine vaccinated.

While Professor MacCraith understands that the programme will never reach 100% uptake, due to those who choose not to take a vaccine, he believes it is still possible to reach other groups of people.

“We know you can never get to 100%, there’s nowhere in the world where you get 100% vaccination. You have to accept and respect people’s views.”

While there are people who will choose not to get the vaccine regardless, Professor MacCraith is focused on those who are likely to get the jab, but due to circumstances like work commitments, travel or being busy stop them from registering.

To combat this, he says that the walk-in vaccine centres have been successful and that the task force “was taken aback” by their popularity.

Feedback Professor MacCraith has received shows that the flexibility of the centres appeals to people.

“We have parents, both parents working and working long hours that just the normal appointments may not have suited them. This walk-in option has really opened up possibilities,” said Professor MacCraith.

He also says that there may be up to 10,000 people who received an AstraZeneca dose one, but never returned for their second jab due to concerns.

Professor MacCraith believes that the National Immunisation Advisory Committee (NIAC) allowing for vaccine mixing in limited circumstances may get those 10,000 back in for their second dose.

For Professor MacCraith, Louth is still his home and he still retains his connections to Dundalk.

“It’s great to live in such a nice area beside the sea with such great views and scenery around that,” said Professor MacCraith about Termonfeckin.

“We’d go in and out to Dundalk on a regular basis and I’d still have some very good friends that we’re in contact with.”