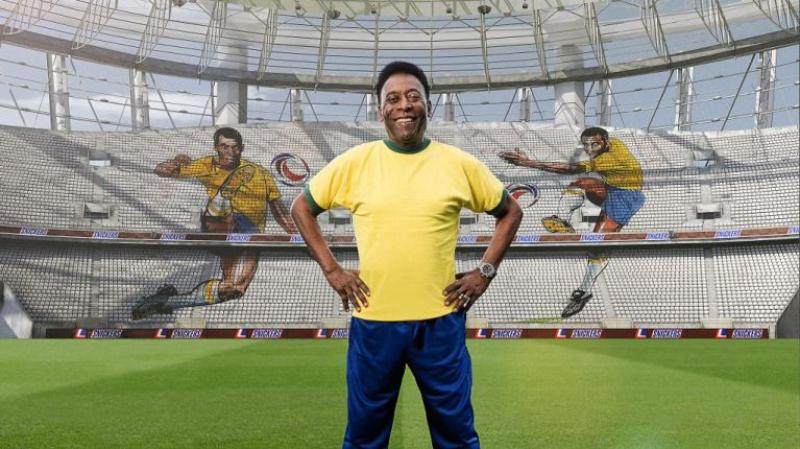 Judged on the number of major prizes won, Pele would have to get the nod. The great Brazilian played at four World Cup finals and scored in them all.

Who would your selection be if there was a poll to decide the world’s greatest soccer player? Support for Messi and Ronaldo among the younger generation would be huge, simply because the lads are today’s players. But there’s enough on film for all to appreciate just how good Pele, Cruyff, Best and Maradona were. Di Stefano wouldn’t be in the picture as often, but take it as gospel, he was good.

Judged on the number of major prizes won, Pele would have to get the nod. The great Brazilian played at four World Cup finals and scored in them all. He was a winner in 1958 while still a teenager, and again in 1962 and eight years after that. But for being the victim of some vicious tackling in England’s year, his medal-count could stand at four.

Seven years after Brazil gave what was arguably the finest ever performance in the history of the World Cup finals, Pele hung up his boots. In fact, it was on this day, October 1, 1977, that he played his last game, lining out with one of the teams in the first half and with the other team in the second half. And from that you can guess it was an exhibition match.

Encouraged to come out of retirement in 1975, the organisers hoping he would inject some life into an ailing North American Soccer League, Pele played with New York Cosmos. Best and Franz Beckenbauer were others who were involved in the league, as well as Dundalk’s own Tommy McConville, who in his five years in America, played with Washington Diplomats and then Cosmos. Tommy either played alongside Pele, or against him.

Founded in 1968, the NASL thrived for a while but then went into decline, not helped by CBS television. Games were covered, but the broadcaster’s insistence on them being paused while advertisements were shown, didn’t enamour viewers. (And you think VAR is an intrusion nowadays?)

The crowds came back, but not for long. They marvelled at Pele and the other imports’ skill. Now in his late 30s, the multiple World Cup winner was still able to turn it on and was the most instrumental in Cosmos winning the 1977 league title.

Two months later he retired, playing his final game at the Giants Stadium in front of 75,000 and in a downpour. Cosmos had Pele’s Brazilian side, Santos, in opposition, and as mentioned earlier, he wore the two jerseys, needing no favours from anyone to get his name on the scoresheet.

A recently-published newspaper story which prompted this piece doesn’t say who he netted for.