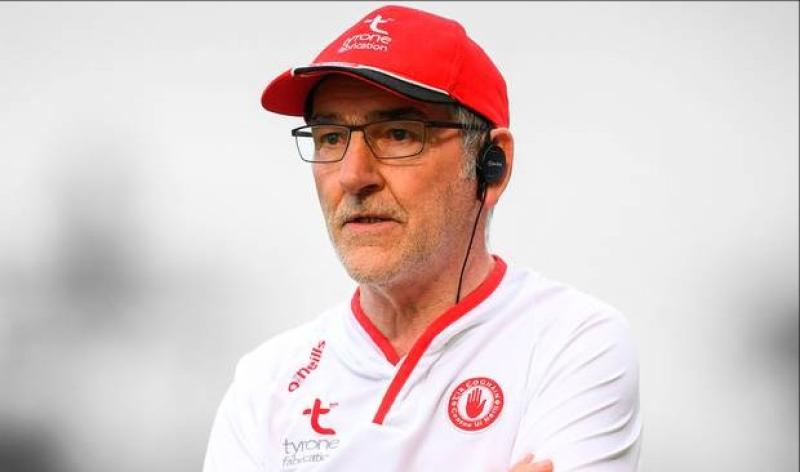 Dublin against Mayo, Kerry against Tyrone. As they used say in match previews of old, these are two games that “lack nothing in piquancy”.

Whether or not you agree with the system that brought them there – and I’m talking here about the Super 8s – the teams lined up for this weekend’s All-Ireland football semi-finals couldn’t be better matched.

Dublin against Mayo, Kerry against Tyrone. As they used say in match previews of old, these are two games that “lack nothing in piquancy”. Whatever about Sunday’s set-to, the meeting, on the evening before, of the Dubs and the team that has gone closest to bringing down the record-attempting champions in recent championship football should go close to putting a strain on Croke Park’s capacity.

You could say the cream has risen to the top. There’s Dublin, who just about everyone with a leaning towards the GAA knows are going for a fifth successive title, keeping company with Tyrone, the team they beat in last year’s final. And then you have the contestants in this year’s league final, victory in that one going to Mayo on a score of 3-11 to 2-10.

To the surprise of no-one, Dublin are still standing, and, yes, leaning on history and the path laid out for them, Kerry would have had nearly as many as the Dubs backing them to get this far.

Tyrone had the always-difficult Ulster Championship to contend, and didn’t fare particularly well in it; but as he’s shown in the past, Mickey Harte doesn’t usually look the qualifying gift horse in the mouth. He masterminded one of his three All-Ireland wins travelling that route, and the introduction of the Super 8s as an adjunct to the qualifiers has given him no reason to change his strategy.

Mayo, the county most neutrals want to see crowned champions, have a record in the knockouts which, while it hasn’t brought them the trophy they crave, stands up to the closest of scrutiny. Nine semi-finals in the past 10 years have brought red-and-green supporters to Dublin nearly as often as Enda Kenny in his days as Taoiseach; and while it’s been costly, followers of other counties – one of which I have firsthand knowledge - wouldn’t mind swapping the M1 for the road out of Belmullet, or Ballyhaunis or anywhere in between, if it meant them having as much to shout for.

Those opposed to the idea of the Super 8s would have had their argument strengthened by the outcome of three of this year’s four matches in the final series being of academic interest. They all took place over the weekend, with most attention focussed on Mayo’s meeting with Donegal, at Castlebar.

But while Tyrone’s home match with Dublin was only to decide semi-final pairings, there was enough spectator interest to almost fill Healy Park. Páirc Tailteann, where Meath entertained Kerry, also had its capacity stretched, even though the near vacant grassy banks by the Blackwater suggested otherwise. Cork and Roscommon failed to fill Páirc Uí Rinn.

Figures could be a deciding factor when the powers-that-be come to making a decision on next year’s format.

The McHale Park encounter was a cracker, two counties that in the past have been linked through player and personnel transfer - Martin Carney, Pádraig Brogan and, most recently, Stephen Rochford, chief among those who have changed allegiance – going at it from start to finish. Mayo made it, inspired by the war horse, Aidan O’Shea, and the elegant Andy Moran. Donegal missed too many chances to be still in it in time added on.

The following day, Jim Gavin and Mickey Harte dealt the cards, not to play Poker but Old Maid, because nothing much was at stake in Omagh. You could have bet there wasn’t going to be a repeat of the shindig that took place when the same tribes gathered at the same venue for a league tie a few years ago. That can be kept for when there’s more money on the table – on the first Sunday in September, perhaps?

But it was still good to see Diarmuid Connolly and Bernard Brogan back in the sky-blue, and Kyle Coney being given a start in the Red Hand. Brogan, even though he has six Celtic Crosses to his name, wanted to impress his boss, and was raging when Paddy Andrews didn’t put a pass his way late on. But, then, Andrews, who took his point, is also trying for a place in a field that has dozens of runners.

Okay, so hurling has the call – not for the first time – this summer, but football’s doing better. There’s more emphasis on moving forward than crossfield, or even backward, and that can only be good. May victory this weekend go to the teams who are focussed on their opponents’ half, not their own.