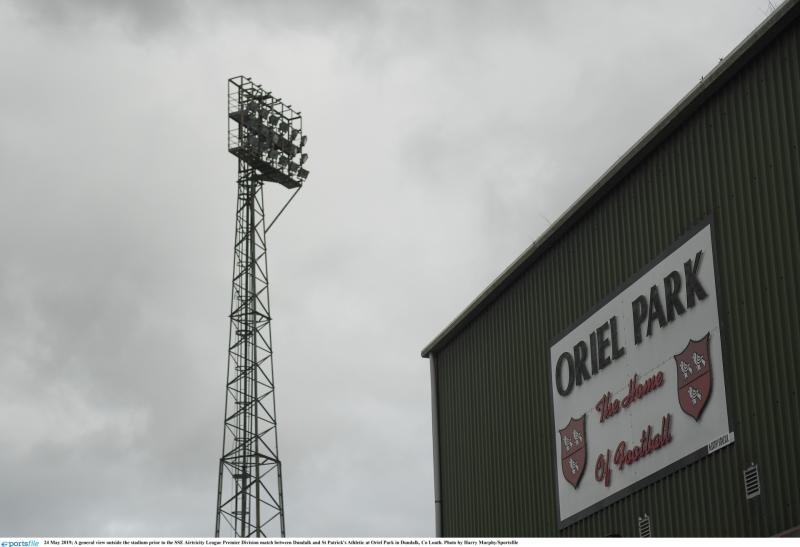 Jim McCourt has responded to last week’s Inside Track article which was critical of the appearance of Oriel Park on the night of the European match with Riga. (Pic: Sportsfile)

Jim McCourt has responded to last week’s Inside Track article which was critical of the appearance of Oriel Park on the night of the European match with Riga.

One of Dundalk FC’s longest serving supporters, Jim makes the point in a letter that the grounds was limited to 3,500 and under UEFA rules no standing was allowed. This was the reason there were no supporters behind either of the goals.

“Regarding upgrading to the standard of Tallaght, let me say it’s Dublin Council who own the grounds, and not Shamrock Rovers. Maybe Louth Council might give some help to redevelop Oriel Park, but I feel the chance of that happening is nil!

“When the American consortium took over Dundalk FC, they said the priority was to improve facilities for the players, which they have done. They are first rate, with the gym one of the finest of any in the country.

“I agree Oriel does need to be upgraded, but I don’t think the owners are going to rush into making big changes. It depends on how the team does. There is no guarantee that we will win the league every year - who knows what the future will have for Dundalk? Look at where Cork City are at present.”

Jim doesn’t confine his criticism to the last week’s article. Townspeople, those who profess to be supporters but only make it to Oriel Park on rare occasions, are also in his line of fire.

“I hear a lot of fans saying Oriel should be a 5,000 all-seater, yet despite Brian and the boys playing great football and being the most successful team I have watched in 63 years, how often has the gate for home games been near 4,000? The attendance for such a great team is a disgrace; I sometimes wonder does the Town deserve a team like the one we have.”

He defends the new owners, saying that nothing major was been done to Oriel in 50 years , “therefore, it’s a bit unfair to expect the present owners to splash out a few million to improve the place overnight; it’s only two years since they took over.”

Jim finishes by taking a half swipe at Louth GAA.

“Look how long it has taken them to get a decent county ground? All going well, they should have one in a year or two.”