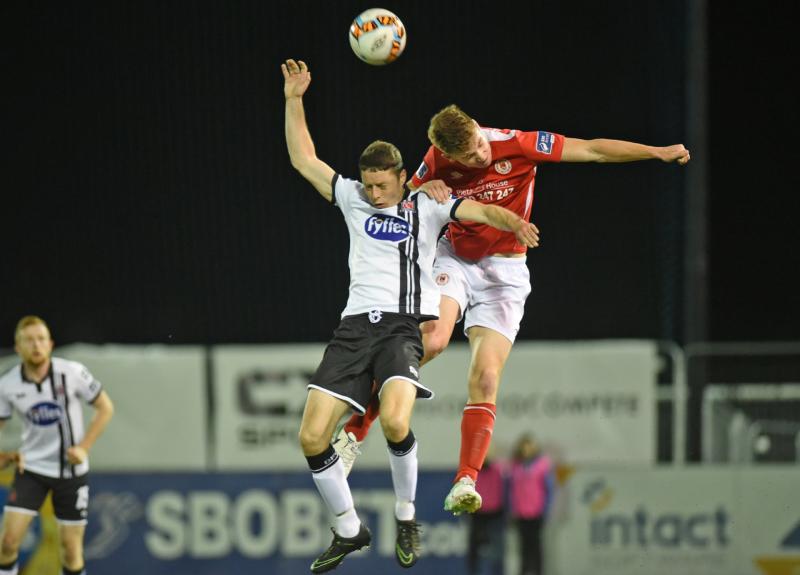 There's now another team whose line-up has to be checked by Inside Track. Preston North End have been on the rota for over a year, and a few weeks ago were joined by Rotherham.

Former Orielites, Andy Boyle and Daryl Horgan, joined with Richie Towell across the water, and a month or two back had Cork City's ace goalscorer, Sean Maguire, team up with them.

Towell has since taken a step down the league ladder, moving to League One's Rotherham. He celebrated his first start by scoring in Saturday's home win over Bury, while on the same day Maguire was also on the mark, claiming the opener in Preston's home draw with Barnsley. Horgan was on the bench, but Boyle, if he's not injured, is getting it hard to establish himself on the first team.

The other team coming in for scrutiny is, believe it or not, Dundalk. It's been like that since Shane Grimes was given the nod by Stephen Kenny a few weeks ago. Up until then, the score and scorers is all that would create IT interest, but now there's a closer scan to see if the local lad has been given a game. And he has, having, by all accounts, had a fine outing in last weekend's Cup rout of Drogheda.

If Grimes had any hard feelings about his former club coming in for such a drubbing, it's unlikely they lasted long. He undoubtedly had good days at United Park, winning an EA Sports Cup medal probably the best of them, but establishing himself – or, re-establishing himself - at Oriel is the priority, and if that means socking it to his former mates, well, then, sorry about that lads.

Grimes featured on this page before. Back in 2013 he was the subject of mild scrutiny in the questions-and-answers feature which ran for a couple of years. The boot, you could say, was on the other foot at the time.

He was a Drogheda player then, having begun his career at Oriel, and when asked what it was like playing against Dundalk in that year's FAI Cup semi-final he said: “Derby games are always great to be involved in. Although Dundalk is my former team, there is no question about me giving less than my best. You have to be professional in situations like that. It was a controversial match with the sendings-off, but it was still good to win.”

He also said that greyhound racing and coursing were other sports he liked and was involved in. That would have brought him to Inside Track's notice. Indeed, the request to answer the questions was forwarded during a coursing meeting in Gorey, Co Wexford, Grimes helping with the Gerry Heeney-trained greyhounds he owned in partnership with another local lad, Peter McArdle.

His interest in the longtails has waned, but pursuing his career in soccer remains at full tilt.

In his previous spell with the Lilies, the club was experiencing difficulties and its future was uncertain. Now the approach is much more professional, foundations are rock-solid, and it would be a source of huge satisfaction to many among fans that one of their own is featuring regularly.