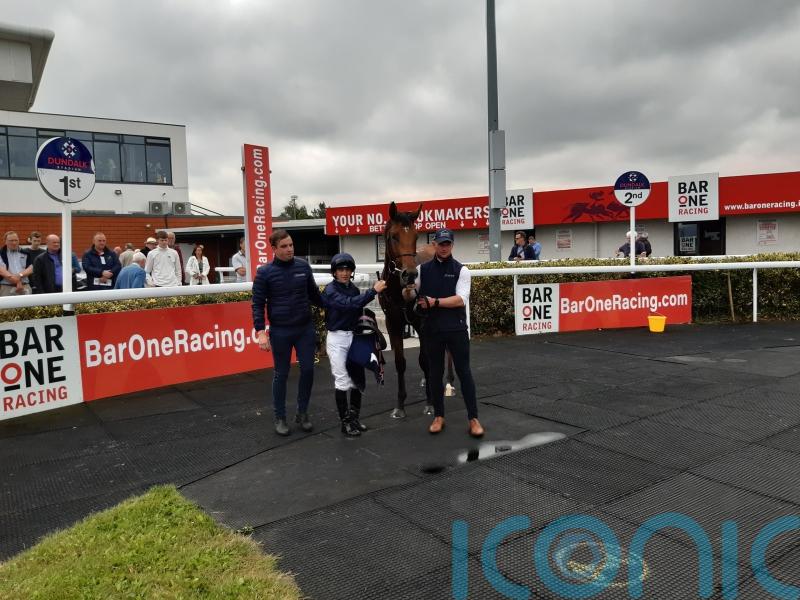 Adelaide River emerged as a potentially smart performer with victory at the first time of asking at Dundalk.

Adelaide River emerged as a potentially smart performer with victory at the first time of asking at Dundalk.

The Aidan O’Brien-trained Australia colt was sent off at 11-4 for the Irish Stallion Farms EBF Maiden and made those odds look generous with a bloodless success under Wayne Lordan.

He only needed to be pushed out, without his rider having to get serious at any stage, for a two-and-three-quarter-length victory over Golden Temple, with odds-on favourite Gimmie Shelter in third.

The winner holds a number of big-race engagements and was given a 40-1 quote for next year’s Derby by Paddy Power.

Lordan said: “He’s a lovely colt. He always showed a bit at home, but was always the lazy one as well. He went down to the start today nice and sleepy.

“He jumped a bit slow, but thankfully I had the room to get him up into a good position. He came down past the two (pole) well and went forward nicely and was pricking his ears. He had plenty left.

“I was just travelling, but that’s the way he is and you would know there is plenty there. When he did get there, he pulled up a bit.

“He is just one of those types, you would never know how much he is going to keep improving. He is a fine horse.”