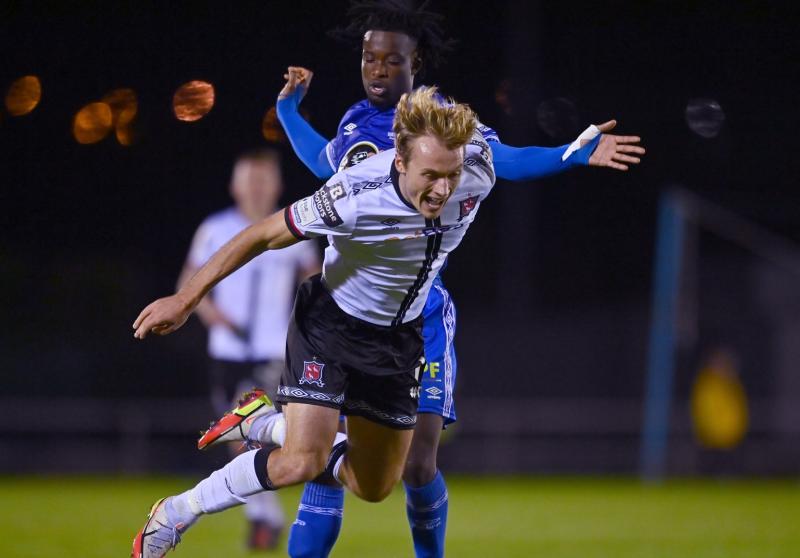 Niall Newberry at The RSC

Dundalk FC crashed out of the Extra.ie FAI Cup after losing 3-2 away at Waterford.

Paul Doyle had given The Lilywhites a dream start, but goals from Shane Griffin, Darragh Power and Phoenix Patterson had incredibly put Waterford 3-1 in front.

Keith Ward had given Dundalk a glimmer of hope late on, but it wasn’t enough as they failed to reach the semi-final stage of the competition for the first time since 2014.

Dundalk hit the front in the most unusual of circumstances on 11 minutes, when Doyle’s speculative shot from range was tipped onto the crossbar by Paul Martin, but unfortunately for the Waterford goalkeeper, it crept home to give the visitors the lead.

Steven Bradley could well have doubled Dundalk’s lead after he had dispossessed Power, but the Scottish winger was foiled by Paul Martin just as he was about to pull the trigger.

Waterford started to grow into the game after that, though, and Patterson saw his curling effort veer off target, but it wasn’t long before the First Division side levelled matters.

It arrived on 31 minutes, when Wassim Aouachria’s cross was only half-cleared by Greg Sloggett, and into the path of Griffin, whose first-time shot from outside the box rifled into the bottom right-hand corner, beating the despairing dive of Nathan Shepperd.

Waterford took the lead two minutes before the half-time break, as Patterson whipped in a free-kick from the left, which was knocked down by captain Kilian Cantwell before Power finished from close range to make it 2-1 and send The RSC into complete rapture.

Dundalk sought an equaliser after the restart, and substitute Sam Bone unleashed a low shot from distance that went just wide, but Paul Martin had it well covered in any case.

Waterford had chances to extend their cushion after that, with Patterson, Niall O’Keeffe and Junior Quitirna all seeing attempts go off target in what was an encouraging spell.

The Blues made it 3-1 on 65 minutes, with the outstanding Patterson cutting inside Lewis Macari, before curling a goal-of-the-season contender right into the top corner.

Ward’s goal in stoppage-time gave Dundalk a glimmer of hope, but they couldn’t fashion another opening as they crashed out of the FAI Cup at the quarter-final stage.