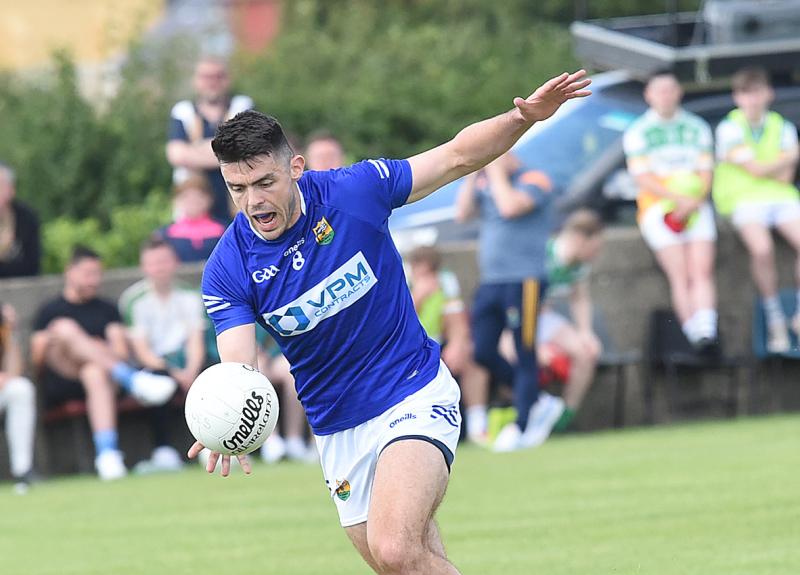 The Mary’s are without doubt the team to beat. They were a formidable unit in the league, notching up 10 wins in a row to comfortably finish at the top of the Division, winning by an average margin of around 10 points.

They really hit top form when getting back their county stars back, the likes of Donal McKenny, Liam and Tom Jackson, Ciaran Keenan and Daire McConnon ripping teams to shred And they brought this form to the championship.

Their first victims were St Josephs. Ardee made their presence felt, forcing the Joes into coughing up possession and punishing them when such opportunities presented themselves. They seemed able to break lines, and punch holes in their defence at will.

With their dangerously potent inside line of Ryan Rooney and Dáire McConnon notching up 3-3 between them, along with the luxury of springing experienced heads like Darren Clarke, Ronan Carroll and Robert Leavy from the bench, Ardee looked formidable. The final score 6-18 to 0-11.

Last year’s semi-finalists have such a great pick this year that they had the liberty of making five changes to their starting 15 against the Gaels. Maybe that accounted for a low scoring half, 0-4 to 0-1.

Daire McConnon was the target man for much of the opening half, looking lethal in the air when asked to gain possession near the square. He also drifted deep at times, fulfilling the playmaker role and getting his team on the ball in scorable positions.

SFC Preview: Geraldines need to up their game or face elimination

Liam Jackson and RJ Callaghan were the men called upon to turn defence into attack when the ball entered their own half of the field, that quick transitional playing helping them to a 3-14 to 1-6 victory.

Facing the uphill battle of knocking out the bookies favourite for the title is St Brides, a side which has gone through two tough battles to get to this stage.

Their opener with the Geraldines was one even the purist of football fans would struggle to find a positive angle in. It was a tie that after 17 minutes had more cards than scores.

When gaining possession, Sean Marry was a rare bright spot in the contest for the Knockbridge men, his ability to take a man on in tight space and pick out a pass a huge help to the Brides’ cause. They led by 0-4 to 0-1 at half time.

As the tie opened up, it was the Blackrock men who took control of proceedings, their clinical edge in taking 10 out of 13 attempts being the difference, whereas St Brides both didn’t create enough chances, and when they did certainly didn’t make them count.  In the end they lost 1-10 to 0-9.

In a do or die clash with Mattock Rangers, again the game failed to sparkle. Declan McCoy’s troops had plenty of possession and were drawing fouls at will against the Collon side.

The problem was Sean Marry was off his game from placed balls, a problem in both ties this year. When it mattered the Knockbridge men had Kieran McCardle to rely on and his three late scores got them over the line, 1-10 to 1-8.

On Sunday they will need to take every opportunity to have any hopes of overturning the most potent attack in Louth Football.

Discipline is another issue that will need addressing. Sean Brennan and Liam Molloy were sent to the line against the Gers, while Sean Marry got a silly black card.

Any period with an extra man and Ardee will no doubt take advantage. Overall, it should be plain saving for the title favourites.