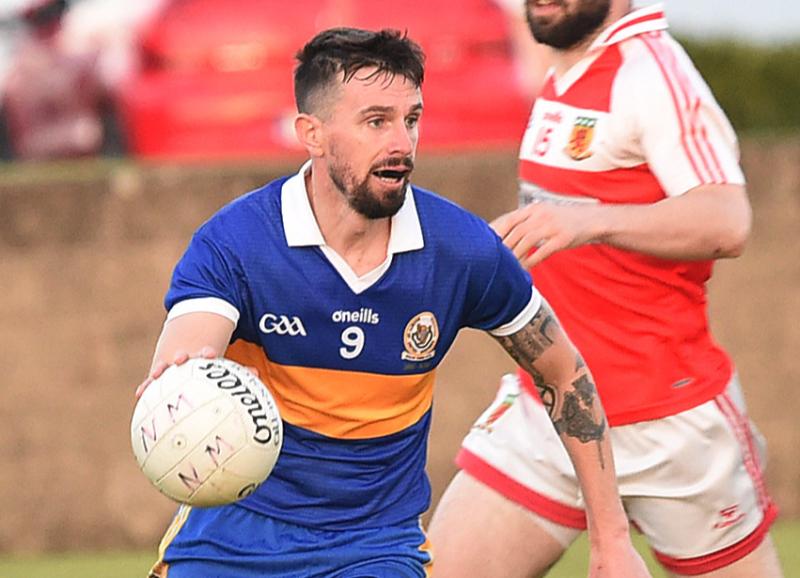 Five-star Wolfe Tones have made light work of their championship group. Three wins out of three, with a comprehensive final round victory over Cuchulainn Gaels at Roche a sign of a side hitting form at the right time.

The loss was no doubt cruel on Cuchulainn Gaels, they looked to be joining their opponents on the night into the knockout stages for the second time in their short history. In hindsight, Gaels only missed out on the knockout stages by seven points on score difference in the end.

A dollop of pragmatism perhaps late in the second half, especially when they conceded three late goals might have seen them into the quarter finals. But when the defeat is so severe, understandably the Gaels players and management might not have been thinking clearly.

By half time, Cuchulainn Gaels would be forgiven for not successively planning with any kind of clarity as they trailed 2-8 to no score at the half time whistle. A complete defensive shutout over the half hour could be down to the impressive Danny Byrne, cornerback for the Drogheda side.

Up front Jordan Duffy ignited his championship campaign with half of his side's first half tally, a sparkling 1-4 before the break. Throw in Niall Smith’s late first half effort and Emmet Judge back in the half back line, the Tones were purring.

Steeper tests await, but under the tutelage of Martin Rice and Jay Finnegan the Tones graph is continuing to rise. Trevor Walsh, Chris Cudden and Garrett Cooney all hit the net in a 3-2 unanswered scoring run in the final quarter, showcasing that they could be contenders.