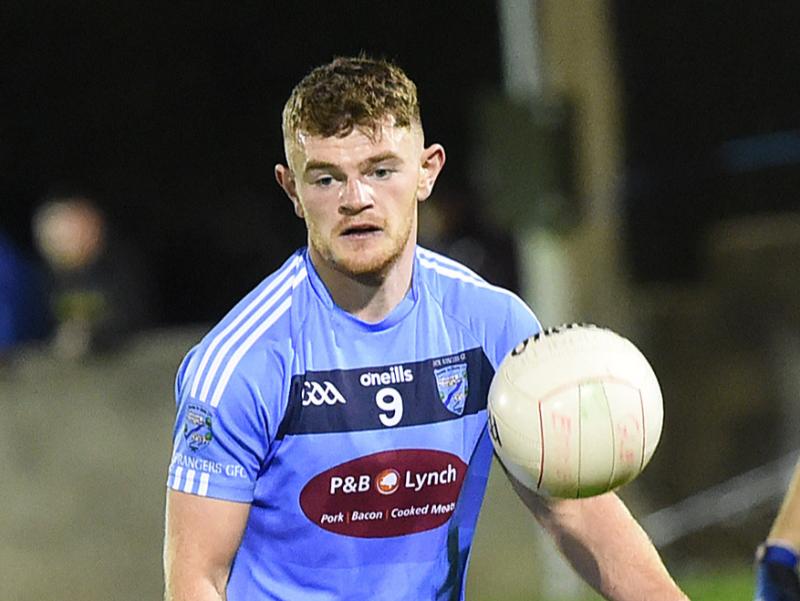 Gus Flynn's Glyde Rangers put in a professional performance to see off Na Piarsaigh Blackrock at Darver on a drizzly Friday night. The win wasn’t enough to see the Tallanstown men top the Group, but a safe passage into the quarter finals nonetheless.

Just when Shorty Treanor’s side looked like they were going to advance at Glyde’s expense in the do or die battle when they roared out for the second half with David Boyle pointing and finding the net to level the game. Boyle’s comeback swayed all the momentum in the Dundalk sides favour but could not push on.

Winners Glyde, perhaps on the other hand did not let the game get away from them. Jack McKeever once again played well beyond his years to provide the perfectly mature response to the hammer blow with a well taken score under pressure.

Half back McKeever in his first season is becoming more relied upon as the campaign progresses and with decisive plays it is no surprise why. With the flow stopped Glyde added five more unanswered scores in a six point run that ultimately won Rangers the game.

Talented Mícheál Begley came back into the country the morning of the game to kick the opening score of the contest with a free kick. Having just lost the Toronto championship final the weekend before, his championship misfortune would continue as he failed to get himself into the game.

Impressive newcomer also for Glyde is Oisín Lynch, the corner man whipped over a 45’ and was lively inside and beside Brian Duffy all night. Mark Larkin put his side back in front with a 45’ of his own after Fionn Tipping put county back Niall Sharkey on the back foot.

Young Tipping’s battle with Sharkey was one of the night’s highlights and the 18 year old more than held his own in the detail of playing in the forwards for the first time this season. And with the sole purpose of curbing Sharkey’s influence, you would have to say it was objective achieved.

Ultan Larney clipped over the first of his two points before the game's major turning point. With the resultant kick out Naps goalkeeper Damien McCrink went short to James Mahoney who then played the ball across his own defence.

Tallanstown full forward Brian Duffy read it like a book, intercepted and charged into the open goal for the easy tap in and the game’s defining moment. Na Piarsaigh would trail 1-4 to 0-3 at the break, but their push was about to come.

Veteran Boyle supplied the greatest of finishes with his usual quick thinking to receive a low Fionn Tipping effort for goal from a long way out. Boyle gobbled up the loose ball and feinted to make the required space to bury the leveller, but that would be it.

Rangers shook off the setback, Alan Kirk found the target twice, Sharkey walloped over a fine free and Killian Scott pointed with his first touch from the bench. That run of scores was enough, bigger tests await.