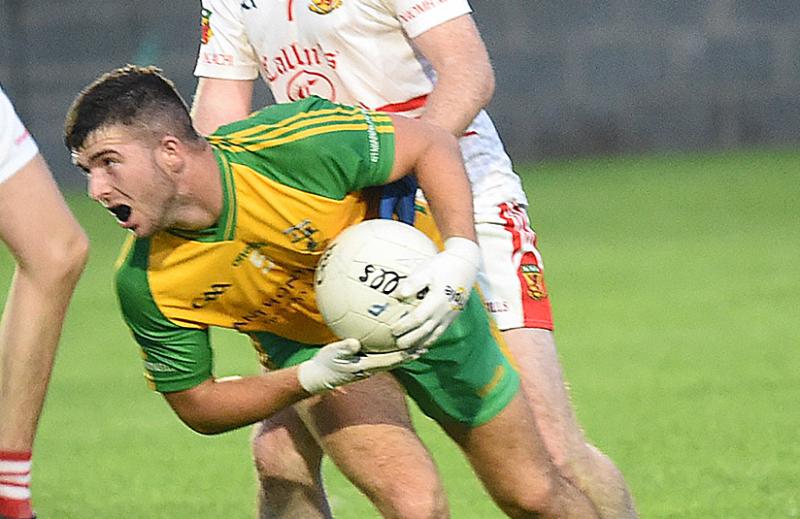 Stabannon Parnells accomplished another objective this season with a professional if imperfect victory over a dogged Sean McDermotts side to reach the knockout stages at Darver.

Possibly still mulling over the Finbarrs loss the week previous, a third of the side changed from that said game and a whole host of positional switches might have contributed to the drop in performance levels.  Despite that, Parnells still came away with a win and with heap of expectation on their shoulders, they got the job done.

In an effort to get Harry Butterly more involved, the youngster was placed on the forty. The Seans were honest in their endeavour with the McMahon brothers Sean and Kevin productive as ever around the fringes of the action in his usual combative style.

Thomas Campbell and Niall Cluskey resumed back into Stabannon’s tried and trusted engine room with Derek Crilly placed at the edge of the square. Crilly landed two first half scores and trying him inside bolsters Parnells experience and options for the quarter finals too.

Impressive Seán Reynolds has adapted masterfully to adult football in his first season. The roaming forward was a constant throughout and landed three points in either half. Seans, in their 75th season, could not get to grips with the youngster and duly suffered.

Lorcan Myles found the net early after half time for Tommy Kirk’s side, but Bobby Butterly continued his goal scoring form with the killer second half goal that sealed the contest and Parnell’s place in the final eight of the junior championship for the second season in a row.