Inside Track: Junior is fast making up ground on his illustrious father 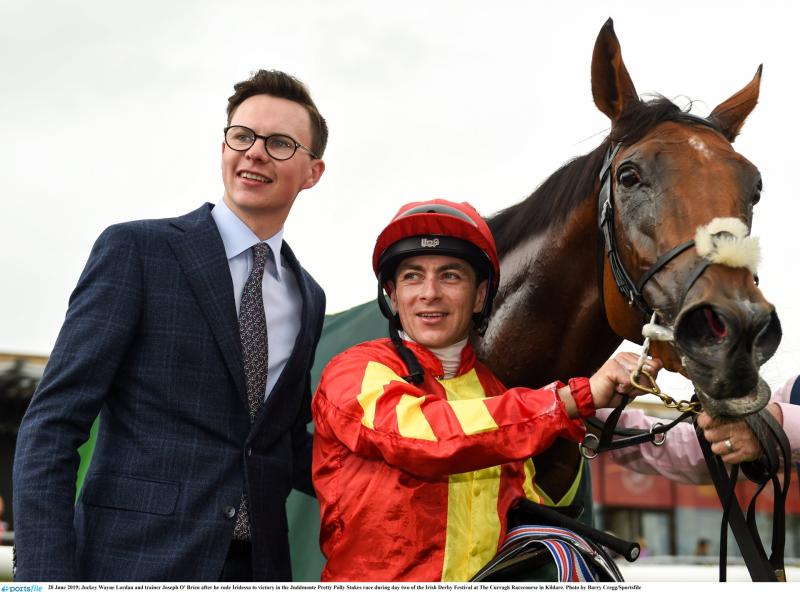 The odds were always in favour of Joseph O’Brien making a success of his career in racing, let it be as a jockey or trainer.

He had the breeding to start with – both his father, Aidan, and mother, Anne-Marie, were champion amateur jockeys – while even those with only a passing interest in racing would know of the worldwide dominance Aidan has exercised since turning his attention to training.

If O’Brien senior is ever to be knocked off his pedestal he now occupies, it might just be one of the four children he has reared – and, no doubt, instructed in the racing game’s rudiments – Joseph will be the one to do it. The signs are there.

On the night the 2010 Irish apprentice jockey title race reached its climax, Joseph O’Brien booted home a winner at Dundalk, drawing him level in the table with Ben Curtis and Gary Carroll. Mick Kinane, more times Irish champion than any other jockey, was there to give the lads’ recognition.

All have gone on the greater things. Curtis has carved out a fine career for himself in England, riding mostly on the Northern circuit – he had a four-timer a few weeks back – while Carroll, another with impressive racing lineage, is having one of his best seasons here in Ireland.

Des Casey’s career in football in his own words

O’Brien has taken the same route as his father, swapping taking parade ring instructions to handing them out. But before making the change, he had a spell in the saddle to match the very best, one that certainly put his parents’ efforts in the shade.

In the six years since standing on the podium with Curtis and Carroll and him handing over his licence, O’Brien rode two Irish Derby winners, Camelot and Australia, having scored on the same pair at Epsom.

There were other major successes, enough of them, you would think, to convince him to keep renewing his licence.

But he obviously had training in mind, and with a ready-made yard available to him – his grandfather, Joe Crowley’s in Piltown, Co Kilkenny – and the prospect of having some of the top owners as patrons, it was probably an easy decision to make. Seven years on, there’s no reason why he should have any regrets.

O’Brien turned has now turned out his milestone 1,000th winner, which, even though they came from both branches of the sport, Flat and National Hunt, and from one of the country’s biggest strings, is a quite phenomenal tally.

An average of well over 100 winners per year, and more than that, Derby and other major race scorers among them? That’s better than good.

Latrobe won the Derby at The Curragh, and after Rekindling’s win, Twilight Payment provided O’Brien with a second success in Australia’s greatest race, the Melbourne Cup. Those two wins Down Under give the 29-year-old the family bragging rights – senior has yet to score in the race which is said to stop a nation.

What’s most important to those of us who first turn to the racing page first thing in the morning is striking for a winning wager, and when O’Brien has a multiple of runners, often with two or three competing against each other, he’s not easy to catch. Still, we can appreciate his achievements.