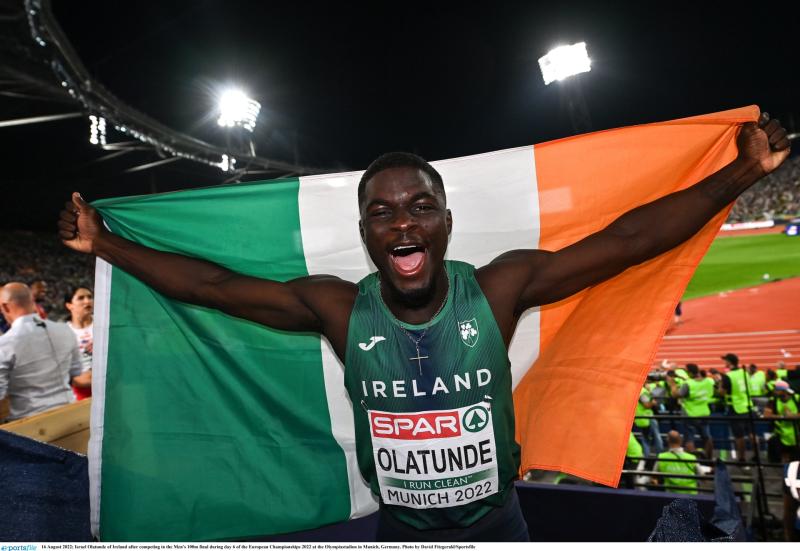 What a year it has been for sport in Dundalk. First we had Amy Broadhurst becoming a World champion boxer, then there was Kate O'Connor's recent heroics in the Heptathlon at the Commonwealth Games.

Add to that list Israel Olatunde, who is now officially recognized as Ireland's fastest man following his heroics in 100M Final last night at the European Athletics Championships in Munich, Germany.

The former Dun Dealgan AC runner showed how he is one of the country's brightest talents, with his sixth place finish in a time 10.17, a new Irish record, usurping Paul Hession's time by 0.2 seconds.

The 20 year old was competing at his first major Euro event, but showed just how good he could be both the heats and in the semi-final.

He ran the final few meters faster then anyone else in the race to record a time of 10.20 to finish second behind Olympic Champion Lamont Marcell Jacobs, who ran in a time 10.00 flat. Suddenly Ireland had a runner in one of the most watch events in track and field.

To those that had seen him earlier in the heats this was no surprise, a race he coasted to victory in with a time of 10.19. Of course much greater things were to come for the former St Mary's College student. 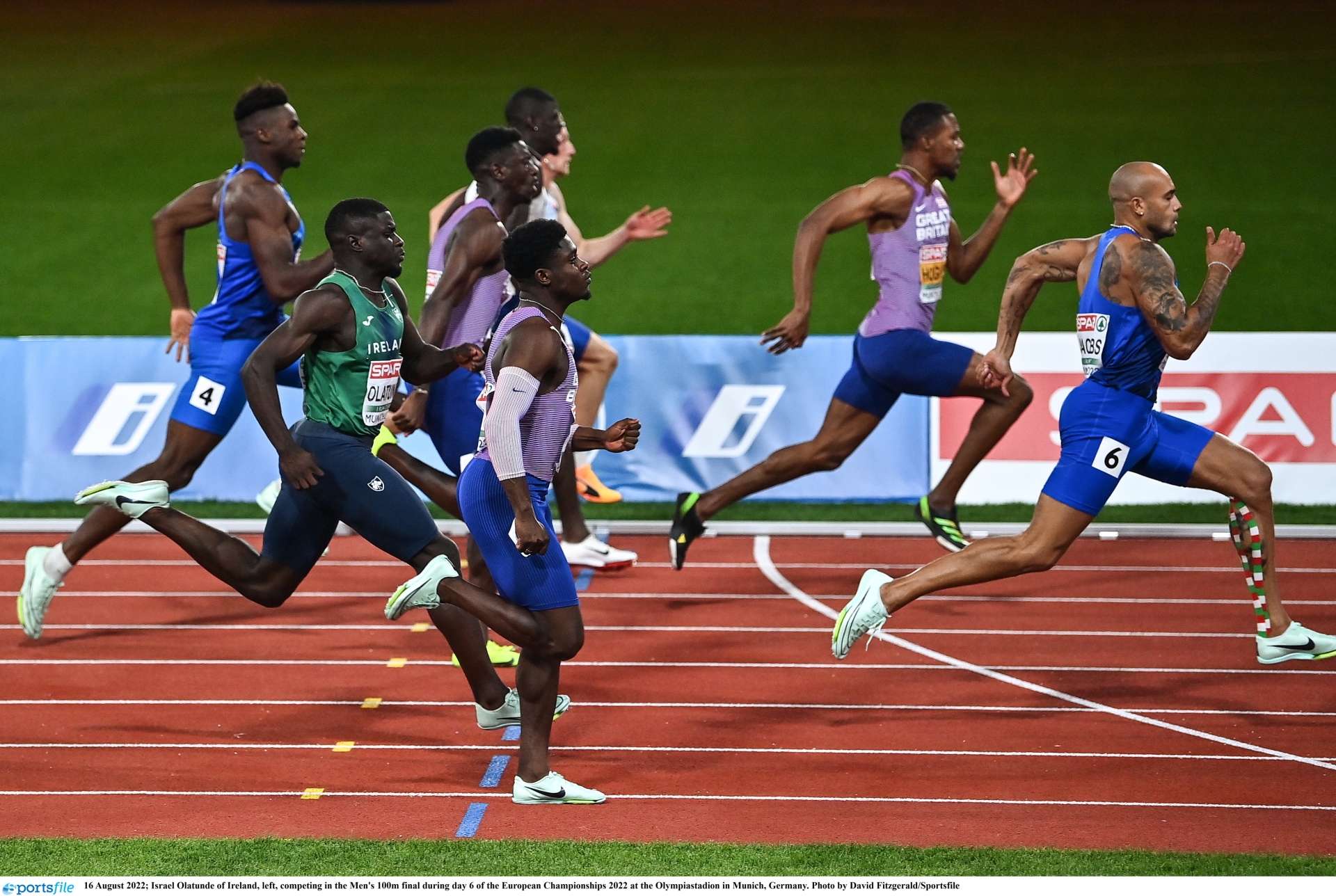 In a stacked final, Olatunde seemed to be struggling to keep up with a fast pace out of the blocks set by the eventual winner Marcell Jacobs, who was in the lane to his left.

However, again he showed a superb late turn of foot to end the race in sixth, his new Irish record of 10.17 only four tenths of a second behind bronze medalist Jeremiah Azu.

The Gold medal was won in a championship best time of 9.95, showing the speed that was on show in the race. The World record time from Usain Bolt is 9.58.

"It was just amazing to be here in a European Final" exclaimed the Dundalk native when speaking to RTE after the race.

"To place sixth and get a National Record, it is just unbelievable. This whole season has just been a blessing. I'm just so grateful to be here.

"Thank you to my coach, my training partners, my family, my community. Everyone has just been supporting me and showing me so much love. They've pushed me on to get to this point."

After such a trojan effort throughout his three races in Germany, Olatunde continued to stress how proud he was just to be among the best of the best.

Yet even he was surprised when it was revealed on the big screens in the stadium that he had surpassed Hession's Irish record, one that had stood for 15 years.

"I saw Jacobs running away from me a bit, but I have to remember that I'm racing against some of the fastest men in Europe. He's the Olympic champion and I'm just grateful to be the same start line as him.

"I had no idea I had ran that fast. I was kind of a blur, I didn't know what was going on. I just crossed the line"

The Championships are not over yet for the UCD student. He will be in action in the 4x100M Relay later this week. Even after such a great individual achievement, his thoughts were already back focused on helping his fellow Irish sprinters.

The European Championships continue all this week and you can catch all the crucial live action on RTE2 or on the RTE Player.