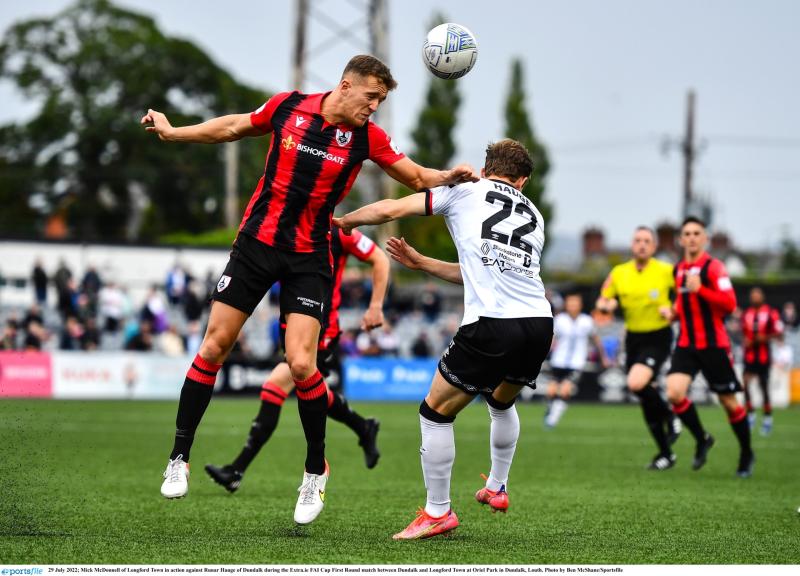 Mick McDonnell of Longford Town in action against Runar Hauge of Dundalk during the Extra.ie FAI Cup First Round match between Dundalk and Longford Town at Oriel Park in Dundalk, Louth.

Dundalk have been drawn away to First Division side Wexford in the second round of the FAI Cup.

The Lilywhiites will travel to Ferrycarraig Park on 28th August as they hope to follow up on their 4-0 cup victory over Longford Town at Oriel on Friday.

This afternoon's draw was made by former Cup winners Alan Keane (Sligo Rovers) and Declan O'Brien (Drogheda Utd) at FAI Headquarters in Abbotstown and elsewhere there were some tasty ties confirmed.