Joe Carroll: Kevin Beahan gets his timing, like his free-kicks, spot on 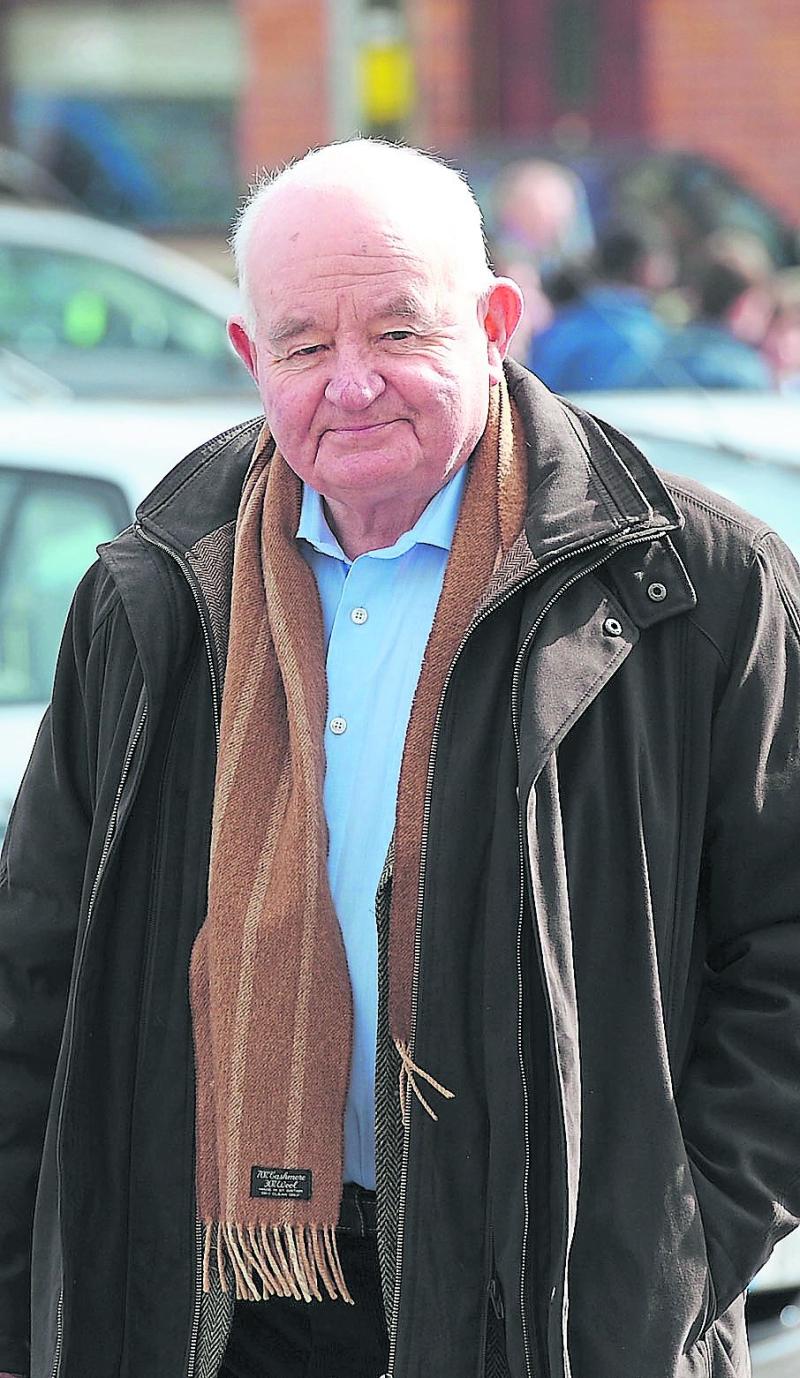 Kevin Beahan, who passed away last Sunday at the age of 89 photo:arthur kinahan

If he’d been given the choice as to when he’d like to take his leave of us, Kevin Beahan would probably have said something like , “All-Ireland day, please.”

And so it happened, one of Louth’s finest footballers passing on last Sunday, just hours before Kerry faced up to Galway. He was 89.

Perfectly apt was notice of his death, along with his photograph, coming up on the Croke Park screen before the game. The 82,000-plus crowd responded with generous applause.

It was at this venue 65 years ago that Ardee-born Beahan had his greatest day. Louth weren’t strongly fancied to beat Cork in the 1957 All-Ireland final. The Rebels had been beaten by Galway the previous year, and having exacted revenge in the semi-final were most observers’ choice to take the title this time.

It ended with Louth winning 1-9 to 1-7, the vital goal coming in the second half, with Sean Cunningham getting a fist to

Beahan’s perfectly-flighted sideline-kick. But more than providing the opening for this all-important goal, the then- clubman with Dublin’s Sean McDermott’s had figurerd in a match-winning move.

He’d lined out at midfield along with Dan O’Neill, and as he said to Heroes of ’57 author, Eunan Whyte, it didn’t go well early on for the partnership. Cork’s Sean Moore and Eric Ryan were well on top, and something g needed to be done.

The selectors reacted by switching Beahan to the wing, with Seamie O’Donnell going to the middle. Not only did Louth gain control in the most vital of areas, the new No 10 went on to give an outstanding performance.

Although just 24, Beahan’s inter-county career was well advanced at the time of the 1957 success.

He made his debut in 1953, playing at corner-forward that year on the team beaten by Kerry in the All-Ireland semi-final.

Two years earlier he had figured on the Leinster Championship-winning county minor team, whose win over Kildare in the final was followed by an unlucky defeat by Roscommon in a long-delayed All-Ireland semi-final.

The same year he won his second Louth under-18 medal with Ardee Minors, and the first of his five county senior titles with St Mary’s.

Seventeen years later he completed his senior tally. While well into the autumn of a stellar career with club, county and province, he lined out in attack on the side that beat St Fechin’s in the 1968 final at Drogheda.

His St Mary’s career was interrupted by a move to Sean McDermott’s at the beginning of 1957. He was working in Dublin, and, as he told Whyte, his boss persuaded him to transfer. It was the club with which most lads from the country linked with, Eddie Boyle and Jimmy Coyle others from this county to have made the move. In his two years there, Beahan won a senior league medal.

Among his other wins were five Cardinal O’Donnell and three Old Gaels Cup medals, all coming in the 1950s. His colleagues in the blue jersey were some of the county’s best ever.

Turning his attention to the other code around the same time, he played on four county championship-winning Naomh Colmcille hurling teams.

Though small in stature, and notwithstanding his performance in the early part of the All-Ireland final, Beahan was a match for the best whenever he lined out at midfield.

This was when the middle of the park was the domain for mostly six-footers, and it helped if they were man-mountains, able to throw their weight about. But working in unison with his partner, Beahan took more than an equal share from exchanges, making the best of his possession with a score or an inch-perfect pass.

Another of his great assets was his long-distance free-taking. He was nearly always good for a score from anywhere around the 45 metre mark and even beyond, and the ball wouldn’t bend, just travel straight as an arrow. “They’re not punts, they’re projectiles,” someone said after a Louth match.

Popular with his peers, and never slow to give advice to the younger generation, Kevin Beahan holds a special place in the Louth GAA story.

Details of his burial are not available at the time of writing.