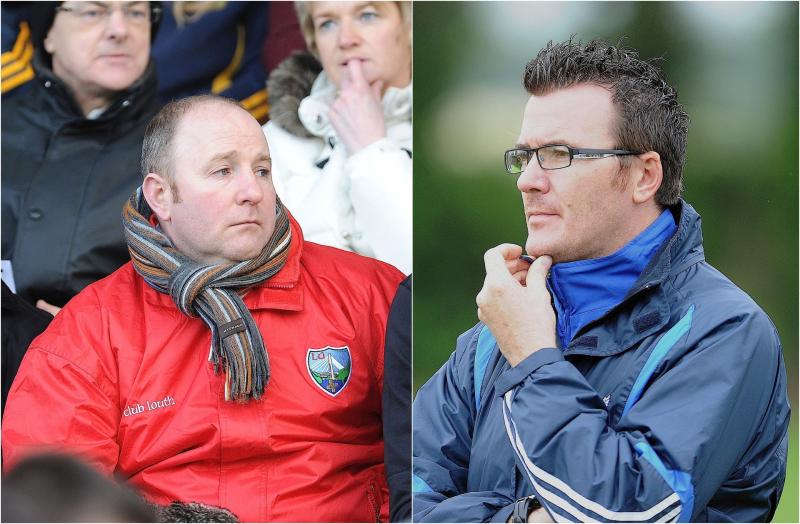 While the race for titles, promotion and survival across the leagues may be what most GAA fans in the county are currently concerned with, away from the playing field two major changes in management at clubs in Louth have occurred that may have slipped under your radar.

Having failed to make the top six prior to the league split, former Louth senior manager Colin Kelly has been drafted in to take over St Josephs from Paddy White.

White has been out of the picture at the Dromiskin club since early June. Having initially started well, four defeats in a row to Roche, Young Irelands, Clan Na Gael and St Kevins saw his side drop down the table.

Kelly initially came in as coach but has now committed to taking charge until the end of the season.

The Joes have since steadied the ship, another win over the weekend leaving them well away from the scrap for survival, having just missed out on the race to enter Division 2A.

Come the Senior Championship, they face a steep challenge when they line out against the inform pairing of Dundalk Gaels and Ardee St Mary’s.

After guiding the club to a long-awaited decider last year, Thornton left in controversial fashion earlier this month following a dispute between the management and players that led to the Peninsula men giving a walkover to Ardee St Mary’s, despite being in a relegation battle.

He had been in charge for two years and was well into his third year, having also helped the Cooley men on their way to Joe Ward glory during his time as a player.

His replacement is a former Newtown Blues and Meath Coach, Colm Nally, who is set to be officially ratified as their new manager tomorrow. Since Thornton's departure Cooley have found some decent form against the Dreadnots and Geraldines where they bagged a win and a draw.

In their bid to make it to back-to-back Intermediate finals they will need to overcome the challenge of Junior Champions Glen Emmets, who remain on course to win the Division 3A title, as well as the Oliver Plunketts.